Over in LiveJournal Land, several of us are keeping journals of what we read through 2003. I’m going to push that a little bit further here by shoving up media reviews as I go. I used to do film and theatre reviewing for my student newspaper and it’ll be nice to get back into the swing of it. (Note that I use the word “reviewing” and not “criticism”. I know where the boundaries of the two lie, and I’m not aspiring to the latter just yet.

Alias vol. 2: Come Home
Brian Michael Bendis seems to be working from an interesting thesis in Alias, which has nothing to do with the TV series of the same name. He postulates that in the Marvel Universe there are superheroes, who are prone to being sucked into Secret Wars, dropped into the Negative Zone and battling strangely dressed foes above the streets of New York. Then there’s pretty much everyone else, who watches that shit on their TV or reads about it in their papers. Bendis adds a third layer, that sits between the two. People with super powers, but who have never really made it into the superhero category or, if they did, didn’t last very long. Now they live in the real world again, with occasional periods of overlap with the world of the superheroes. In a sense, the book is the spiritual successor of Kurk Busiek’s Marvels.
The heroine of Alias is Jessica Jones, a reformed superhero who now eeks out a living as a rather seedy private eye. Come Home collects the third arc of the comic book, in which Jessica is hired to find a girl who has gone missing is a small town. The previous two arcs dealt with what happens when the real world impacts on the superheroic, and what happens when someone from the real world gets obsessed by super-powered characters. This story develops the theme by looking at how living in the Marvel Universe affects people living far, far away from the centre of the action.
As ever, Bendis’s strength lies in his dialogue. He is one of the few writers in comics today who can make two ordinary people standing still and talking to each other riveting, and he is ably supported by Michael Gaydos, whose scratchy pencils give a grimy, harsh edge to the proceeds yet convey a wonderful range of facial expression. These two talents are well used in this detective tale set in small-town America.
Essentially, if you like the idea of a tale of very real, very ordinary people set in and around the madness of the Marvel milieu, with a harsh, gritty edge, you’ll love this. Most of the drama derives from normal human relationships and the inevitable problems that occur. It’s an exploration of love, bigotry and hope and has the finest dating scene published in recent comics history, only a handful of pages after a really nasty one-night stand.
Bendis is doing something really uninteresting and different with an established comics universe and I really can’t praise this book enough.

X-Force: Famous, Mutant and Mortal
Like the Alias book, this recreation of X-Force is doing something very different within the established confines of the Marvel Universe. More of that in a moment. First, I’d like to coo over the presentation of this wonderful hardback book. I admit it:; I’m a complete bibliophile and the hardback collections that Marvel publishes are things of beauty. The printing makes both art and colouring shine and the extra features make what’s already a good-value package even better. Mmmmm.
Milligan and Allred aim for stylised satire rather than the gritty realism of Bendis and Gaydos, giving us a tale of a celebrity mutant team whose wealth and fame is only marred by their brutally short life expectancy. In short, this is pretty much what a mutant super-team would probably end up as in the real world. Their missions are stage-managed for the camera, their exploits ruthlessly merchandised and their every move watched in fascination by the mass media.
It’s clear that the authors are having a vest amount of fun with this book, taking pot shots at both the conventions of comics in general and the X-books in particular, as well as our media-obsessed culture. Plotlines play out with unexpected, cynical yet utterly convincing outcomes and characters perish with frightening frequency. In short, it takes the piss.
And then, all of a sudden, it sneaks up behind you and makes you care. By the end of this collection, you’re starting to sympathise with these shallow, fame-obsessed characters. The disposable (literally) caricatures of the early chapters are replaced by characters we come to care about and understand, without ever losing the biting edge of the satire. It’s a real page-turner this one, and only the necessity to get some sleep before work stopped me from reading the whole damn couple of hundred pages in one sitting.
Allred’s art takes some getting used to, with its mix of retro 60s poses and modern minimalism. However, it does grow on you to the point where a single fill-in artist for a chapter seems to stick out like a sore thumb. Somehow the style of art matches the style of storytelling perfectly. Allred does a particularly disturbing set of intestines, for a start.
If you’ve never read an X-book in your life, then read this. It makes Grant Morrison’s New X-Men look like late 90s Scott Lobell work.

I had a wonderful meeting this morning. Well, to be honest, the meeting itself tended towards the mundane, but the venue was possibly my idea of heaven on earth: the London branch of the Scotch Malt Whisky Society. I could spend the rest of 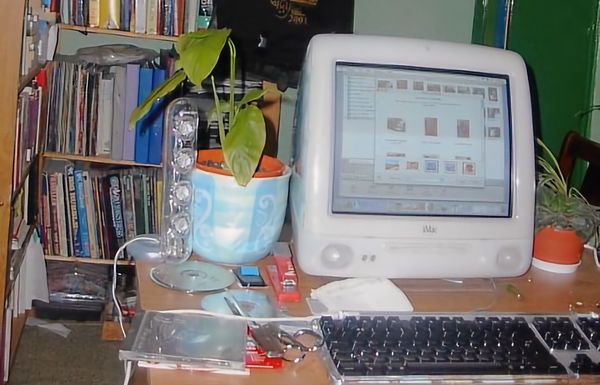 The first post on my new blog — One Man & His Blog