Reassessing the tech behind drone journalism

An encounter with drone tech at Blue Light Camp 2014.

One of the highlights of last week’s blogging at BlueLightCamp was the chance to see a drone in action, live:

The one in the video wasn’t the biggest one present – that was the one pictured below, which is capable of carrying and filming with a Canon 5D: 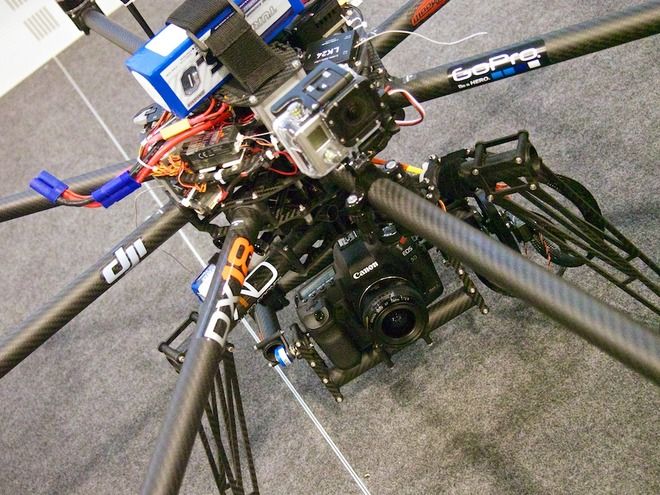 Takes two people to operate it, interestingly. One to film, and one to fly…

Now, technically, these aren’t drones – they’re UAVs, but the drone usage is so common now, I think we can skip the distinction.

There’s been a awful lot of fuss about drone journalism, which I haven’t paid a great deal of attention to, partially because I thought it would always be a minority interest, but mostly because I didn’t really understand the fundamentally technological changes that have taken place to make this possible. The drone talk I liveblogged at BlueLightCamp changed that.

Two technological changes have enabled a whole new class of aviation, and opened up all sorts of possibilities, from filming to delivery. And the innovations that have enabled this are only going to keep improving.

I’m going to have to start paying more attention to this.

GoPro is building publicity for its first drone: Karma

The camera drone that follows you