Despite Twitter and Meta’s troubles, humanity’s desire to create and share will not diminish. They’ll just find new ways of connecting. And they already are.

As chaos engulfs Twitter (Musk is firing people on Twitter now), and Meta slashes staff, there's a whiff of decay around the long-established social media giants. Is their era finally over?

However, the best summary of the mood is probably Ian Bogost's piece in The Atlantic:

It’s over. Facebook is in decline, Twitter in chaos. Mark Zuckerberg’s empire has lost hundreds of billions of dollars in value and laid off 11,000 people, with its ad business in peril and its metaverse fantasy in irons. Elon Musk’s takeover of Twitter has caused advertisers to pull spending and power users to shun the platform (or at least to tweet a lot about doing so). It’s never felt more plausible that the age of social media might end—and soon.

The core of his argument was that this is a good thing, that humans are just not meant to communicate this much, with such frequency:

It was never a terrible idea, at least, to use computers to connect to one another on occasion, for justified reasons, and in moderation (although the risk of instrumentalizing one another was present from the outset). The problem came from doing so all the time, as a lifestyle, an aspiration, an obsession.

The problem is that this isn't really an argument for the death of social media, just for the subset of platforms that have dominated it since the mid-2000s. The decade and a half defined by Facebook and Twitter are coming to their end, but “social media” as an idea will outlive those services.

For a start, some services are still growing well. While Bogost mentions TikTok, his argument ignores the ongoing rise of the platform - which continues to expand globally at a fair old clip: 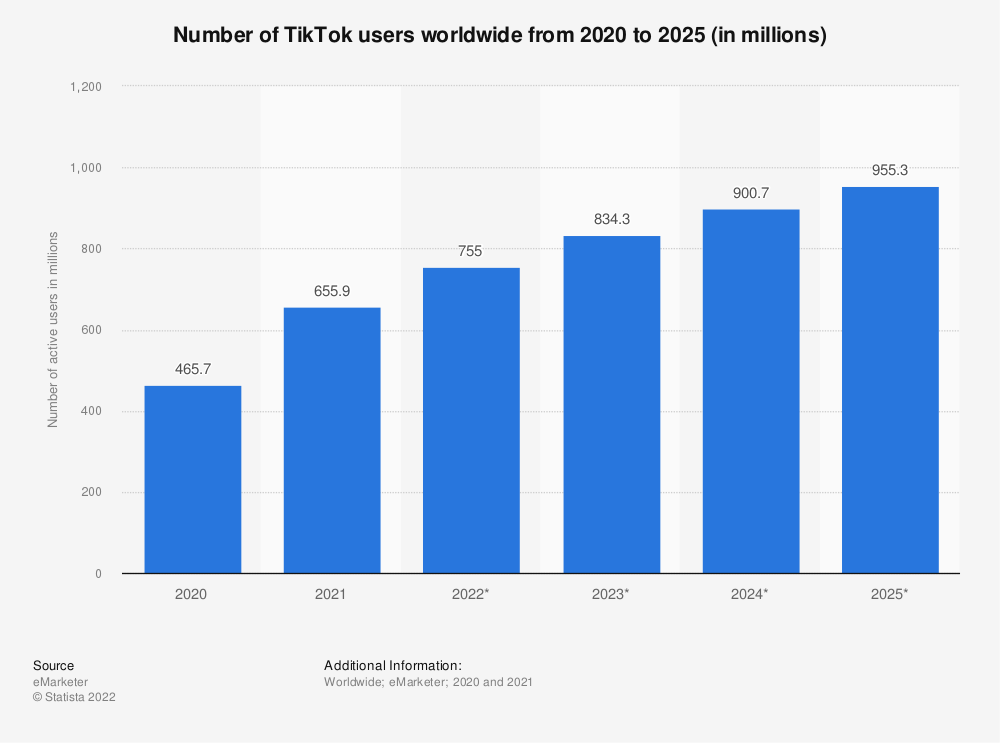 In Bogost's terms, it's social media, without really being a social network. It does very little in the way of creating a social graph between users. But then TikTok is often under-estimated by largely words-centric journalists. This should be exactly what we're weaning ourselves off — but we're not.

What should scare those of us in the words business is that it's text-centric social media that's in decline. Nobody's worrying about the future of TikTok — or YouTube.

Social media is born of social creatures, not technology

But more to the point, I see very little indication that people will suddenly give up creating content online and sharing it with others. It's so deeply ingrained into human nature that we've been doing it since the internet began. From e-mail discussion lists to newsgroups to forums to blogs to social media, the one constant of internet culture is people creating things and trying to share their works with others.

But where and how we do it is likely to change. and here, Bogost is spot-on:

To speak less, to fewer people and less often—and for them to do the same to you, and everyone else as well.

What he's described is something we've already seen happening: people are shifting to chat apps, hiding away in smaller discussions between more limited groups of like-minded people. Mastodon has small, local servers, as well as the ability to follow people globally. Slack and Discord have both been great successes.

Social Media in the 2010s sense is in decline. There's very little doubt about that. But new things will emerge, new communities will form, and new ways of sharing our thoughts and creativity will follow.

We are, fundamentally, social creatures, and we will use any connective technology to communicate. Human nature doesn't change much, we just express it in different ways as technology evolves.

🐘
Interested in Mastodon, the Twitter-like service many are shifting to? I compiled a list of places you can set up an account as a journalist, and published it last week.

And I have my own Mastodon Instance, if you want to start an account in a small, friendly space. Register here.

Facebook submits its divorce papers in its split with journalism

We don't talk enough about aggregators

I was aware that news aggregators were becoming a bigger slice of publisher traffic than many people realise, but I wasn't conscious of the fact that they'd become this big:

Traffic driven by news aggregators — as a percent of total traffic referred by social, search and links — has gone down from from 18-20% in 2020 to about 14% in 2022, according to Chartbeat data, which analyzed aggregators including Apple News, Google News, SmartNews, Yahoo News, News360, Newsbreak, Flipboard, Upday, MSN, Feedly, NewsNow, Newzit, Drudge Report, Press Explorer, Inoreader, Ground News and Pocket.

The small decline is a relative one: it's the result by the growth of search as a referrer. Looks like I need to do more aggregator content in the Audience Strategy module at City…

This is an intriguing quote, and a good place to start our thinking:

Nicholson from Chartbeat agreed: “One of the things these aggregators actually do for some sites is awareness. You don’t need Apple News to tell you what The New York Times is, but usually I am seeing smaller metro newspapers surfacing on these aggregators too … it might be a good way to start me on my loyalty journey,” she said.

That was before the Musk take-over. And now?

I rather suspect that the nature of the Twitter community is changing. And I suspect it won't be in a direction many people like.

Lyra McKee was a friendly acquaintance, and a terrible loss to the journalism work. I can't quite believe she's been gone for over three years. But I'm really glad to hear that her life is being celebrated in a documentary:

No, you're not entitled to your opinion

The problem with “I’m entitled to my opinion” is that, all too often, it’s used to shelter beliefs that should have been abandoned. It becomes shorthand for “I can say or think whatever I like” – and by extension, continuing to argue is somehow disrespectful. And this attitude feeds, I suggest, into the false equivalence between experts and non-experts that is an increasingly pernicious feature of our public discourse.

Things are changing so fast under Elon Musk, embedding Tweets may no longer be safe, if they're important to the story

Looking for a Mastodon Instance to begin your journey in the fediverse as a journalist? You’ve come to the right place!

Elon Musk is busy gutting Twitter’s staff — and where he chooses to cut will tell us what the platform’s future relationship with news will look like.

Platforms and Publishers: the best of frenemies?

Are we any nearer buidling a more healthy relationship between news publishers and social media platforms? The outlook is not good, suggests a news:rewired panel…