So, the political roadshow continues with the arrival of not-yet-a-French Presidential candidate Nicolas Sarkozy arriving with a huge media pack in tow.

So, what does he have to say to us eager bloggers? Well, I can’t help feeling he’s not talking to us, but to the attending French TV cameras. But here’s a taster of the relevant stuff.

France is lagging behind on internet, he says:

“We are trying to catch up. The access rate to high speed internet is good. We have exceptional bloggers.

“We are lagging behind in culture and government. The state did not create the conditions to make France a country of innovation. It wasn’t ready.” 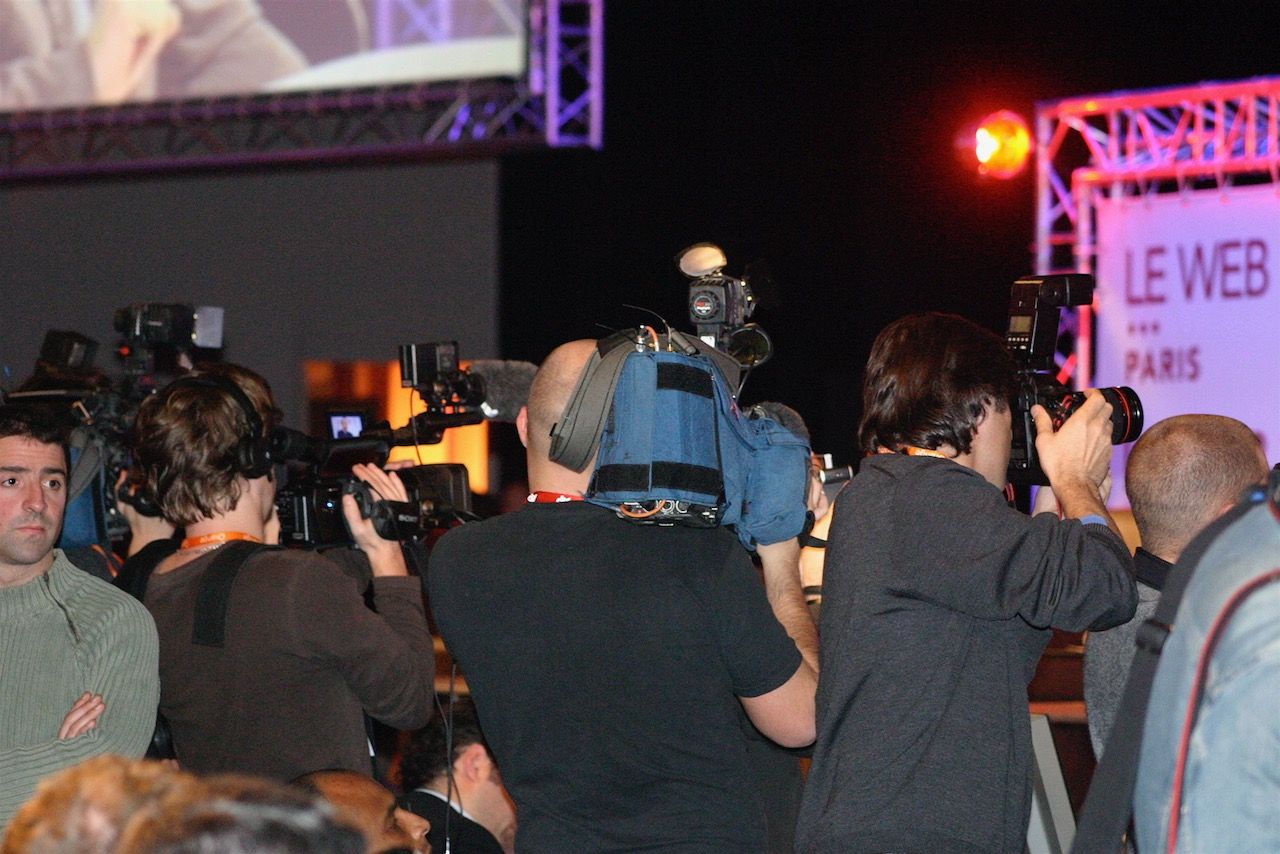 He mounted a defence of copyright and respecting people’s right to be paid for the work. The internet must be one of the priority sectors along with life sciences.

There are some interesting ideas here, such as free sites with the digitised public archives on them, but fundamentally he’s making an election speech to the cameras. Not much he’s saying is relevant to the 50% of the audience that isn’t French.

He does say that he wants to make France a more hospitable place for entrepreneurs, instead of people fleeing to the UK, Switzerland and the like.

Most controversially, he’s making an impassioned flee for regulation and censorship of the internet. He’s using the standard bogie man: eeeevil people abusing the internet for nefarious ends. Having ethics is not the same as restraining liberty, apparently. We must be aware that our liberty is bound (liberty is bound??) by responsibility.

In summary: he thinks we are the future and he plans on regulating the hell out of us.

And now he’s gone, without a chance for discussion. A hit and run speech.

Charlie Hebdo, the French tradition of satire, and cherry-picking cartoons

Is France ready for start-ups?