Claire was an academic in Cardiff – deputy ethics officer – lots of conflict over journalist wanting to do illegal things in a “good cause”. On to the BBC College – where there were fights about contacting people and using materials from the web.

For her, the important stuff is the soft stuff – no-one is going to die if we do this, but is it right? Lots of journalists think that all information on the web is free for them to use. It’s nonsense that journalists are all lazy and unethical, but there is increasing pressure on them to get the best news possible… The infamous Hudson River plane crash got used for free. People are getting wise to this – and are starting to put contact details on their pictures. We should ask.

Arab Spring: Bahrain – DMs on Twitter are being used to threaten people. Activists using social media are targeted in particular. If we don’t look at the darker side, we’re being naive. Protecting sources is not new.

Blagging? Journalists befriending people on Facebook just to get information about them. It’s not right, but it’s not new either. Journalists have always blagged. The BBC has a policy that an open profile is fair game, but one you only have access to through a calculated friending or because you’re in (say) a university network is wrong.

Verification: doesn’t go away just because the social web is there.

Claire ran us through a bunch of challenges, and it became clear that there’s an interesting tension between journalistic misinterpretation of the social web, and users not understanding what they are exposing to the world. When those decisions are made in a pressured news environment, some pretty nasty mistakes can be made. 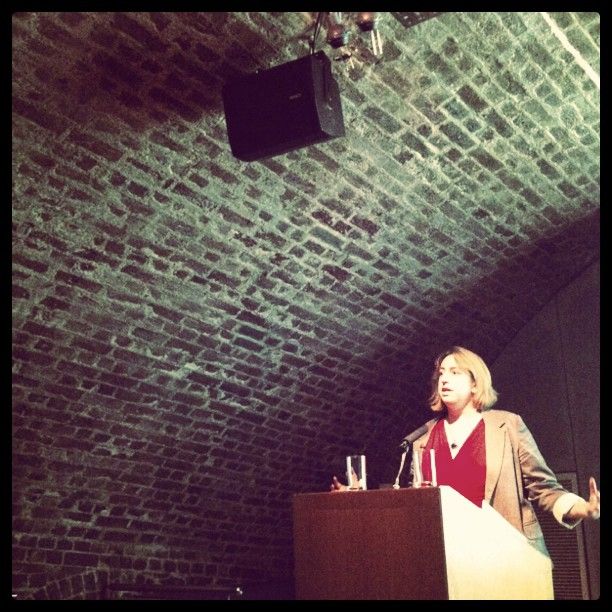 Worked on the Obama campaign. Now advises major brands on social media policies. Has a day job and a night job – the night job is campaigning for the Democratic Party. Set up an Obama London blog for SEO purposes.

Sarah Palin “All round fascinating human being” – put up a photo of Gabrielle Giffords in the cross-hairs of a gun prior to the shooting. Karin wrote a blog about this. And then she noticed that the one thing not removed from Palin’s Facebook page comments was about it being good that a child was killed. It got loads of media coverage – but no-one ever contacted her about it from the media. Karin ended up feeling ambivalent because she didn’t think it was that important in the scheme of things.

This issue is about how important people are – Palin, for all her fame, is not in government. Should we hold public officials two higher standards that “ordinary” people. For what level of public good is it OK to use fake identities on social media sites? Context is everything. Karin suggests that the more powerful you are (brand or individual), the higher standard of behaviour is expected of you on social media.

So – have clear guidelines, reinforce them constantly, follow the Hippocratic principle – and keep some perspective.

Getting harder for companies to maintain the “halo” of being good/ethical. Ethics and the law are not the same thing. Copyright Designs and Patents Act 1988 gives a carve-out for news reporting – but specifically excludes photos. The Pigs on the Wing debate about the BBC’s copyright stance… The Act suggests that you have to know you are infringing copyright for it to be criminal. Baillieu thinks that it’s reasonable to use it first and ask the question later, if it’s been pushed to a publishing platform like Twitter. It’s an “implied licence” Doesn’t apply to Facebook photos if you’re murdered, because they were published without that expectation…

Plenty of rules govern advertising, and some specifically make astroturfing a criminal offence. Two year stretch! OFT sys it is never acceptable for traders to prevent to be independent consumers. Still, lots of it is happening, and the chances of getting caught are slim. But it does happen. Are you responsible for comments left on, say, your Facebook wall? Yes, if you Like it or otherwise respond to it.

The “Twitter bomber” saga – the CPS are taking a zero-humour approach. Sean Duffy sent to prison for leaving hostile comments about people who had been in accidents our murder – both prosecuted under the Communications Act 2003 (section 127). Designed for heavy breathers on the phone, pressed into action as an anti-troll law.

Dangers inherent about using people’s social media presence to research them. You can break discrimination act if you do this and discover their race/religion/pregnancy status… Pretending to be someone else for the sole purpose of gathering information is straightforward illegal. Fine or prison.

The platforms are merely amplifiers. The blame lies with us.

Death knocks aren't the problem - it's the digital onslaught.

We need a conversation about the ethics of digital doorstepping