Apple has acquired a major US digital magazine subscription service. If you needed evidence it was serious about Apple News, this is it. But does this mean publishers should take Apple News more seriously?

The big surprise of the week has been the news that Apple is acquiring Texture - a "all you can eat" magazine subscription app in the US. Initially it was unclear what they would do with it:

Cue said Apple News was introduced with the goal of bringing great content in a beautiful layout from trusted sources, and Apple plans to integrate Texture content into Apple News. 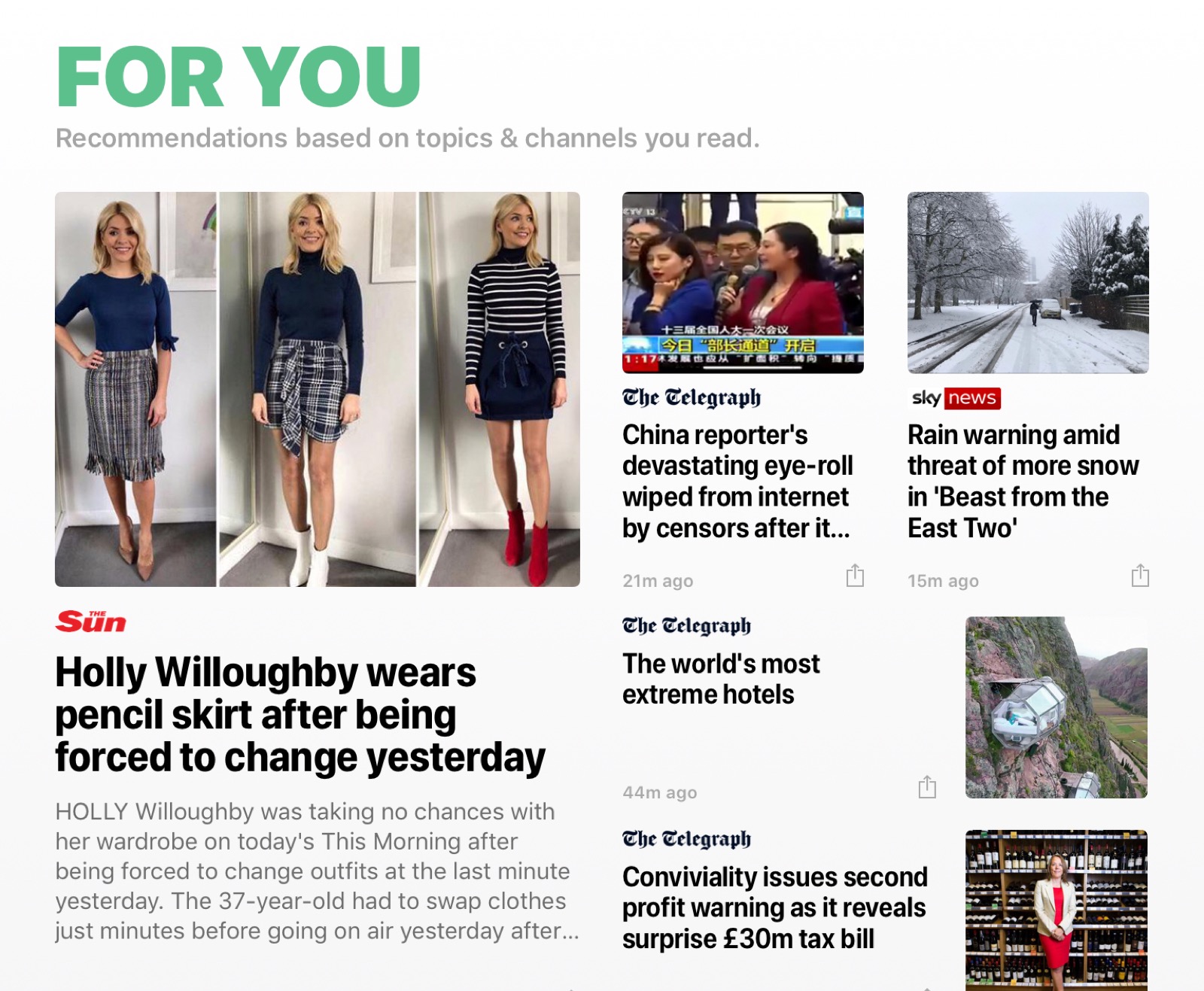 I've blogged before that Apple News is an under-estimated part of the news ecosystem and is working for some news publishers. I suspect it gets discounted in many publishing circles because professional news types almost never use it, but a significant chunk of the population might do. We are not our audience. I certainly have both anecdotal and analytics-based evidence to back that up.

I've also heard from multiple sources that Apple has been working with some publishers to actively grow the content pool in the Apple News app, specifically targeting areas where they didn't feel there was a lot of good content. Texture seems to be a route to adding a whole bunch of paid content into Apple News.

In fact, this looks like the much-vaunted "Spotify for News" model coming to a major mobile platform, but with a bias towards long-form, in-depth "featured" content, rather than short, breaking news.

This is reinforced by some of the figures Cue gave on stage:

He says Apple News users followed an average of 4 publications a year ago, now that’s up to 20.

That's some pretty significant growth, suggesting that those who are using Apple News are increasing their use of it. Oh, and there's an editorial layer on top of what they're doing:

Apple’s editorial team picks the top articles of the day, Apple looks for in-depth stories and not headlines and clickbait 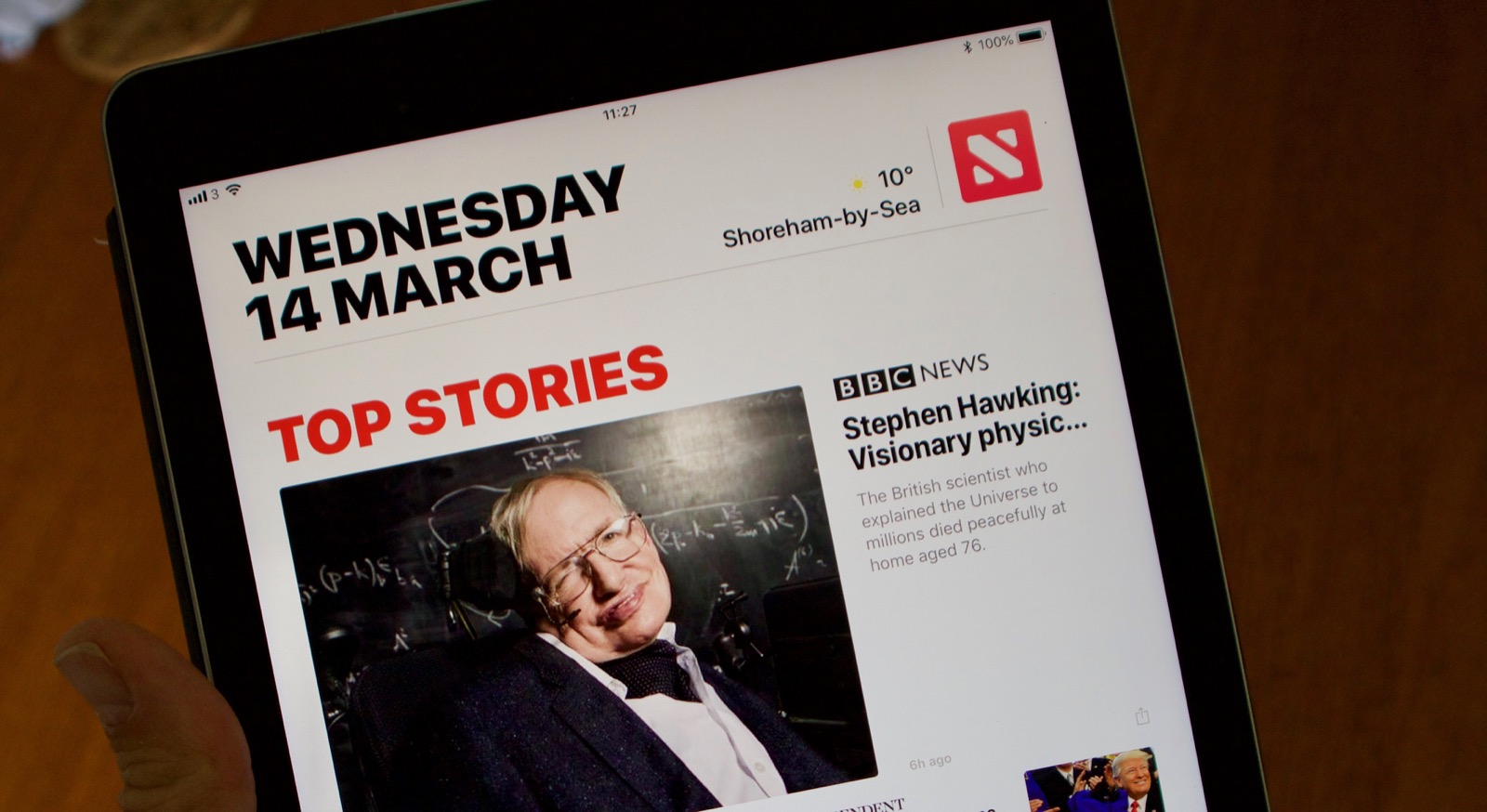 Apple's big financial powerhouse is the iPhone - but growth there is declining as the company starts to saturate the available markets. At some point any growth will only come from competitive wins against Android phones. Thus, the company needs new revenue streams. Part of that is growing out the hardware ecosystems with new products like the AirPods (which are genuinely brilliant) and the HomePod (which has a bunch of potential, and is great for music, but oh dear, Siri really needs to get better.)

The other alternative is Apple's move into services. It already does music, is moving into TV. Journalism is the next logical step. Are we edging towards an "Apple News" subscription bundle, alongside your "Apple Music" one? It looks really likely.

However, if this works, it'll favour the more in-depth, analytical approach to news, rather than the 350 word inverted pyramid jobs - or the quick, clickbaity write-through "aggregation". And that could change the dynamic for some of those sites, if attention bleeds away into Apple News.

Sure, we've been here before. Apple Newsstand was an offering that launched with the iPad, and, uh, didn't go so well. However, that was a container app that relied on publishers building good app experiences. Most of the apps that resulted were pretty shitty, and only got worse are more easy ways of essentially shoving PDF replicas onto digital devices emerged.

Apple News is a very different experience, one where Apple has much of the control over the interface and design, and you just customise within that experience.

Managing our relationship with Apple 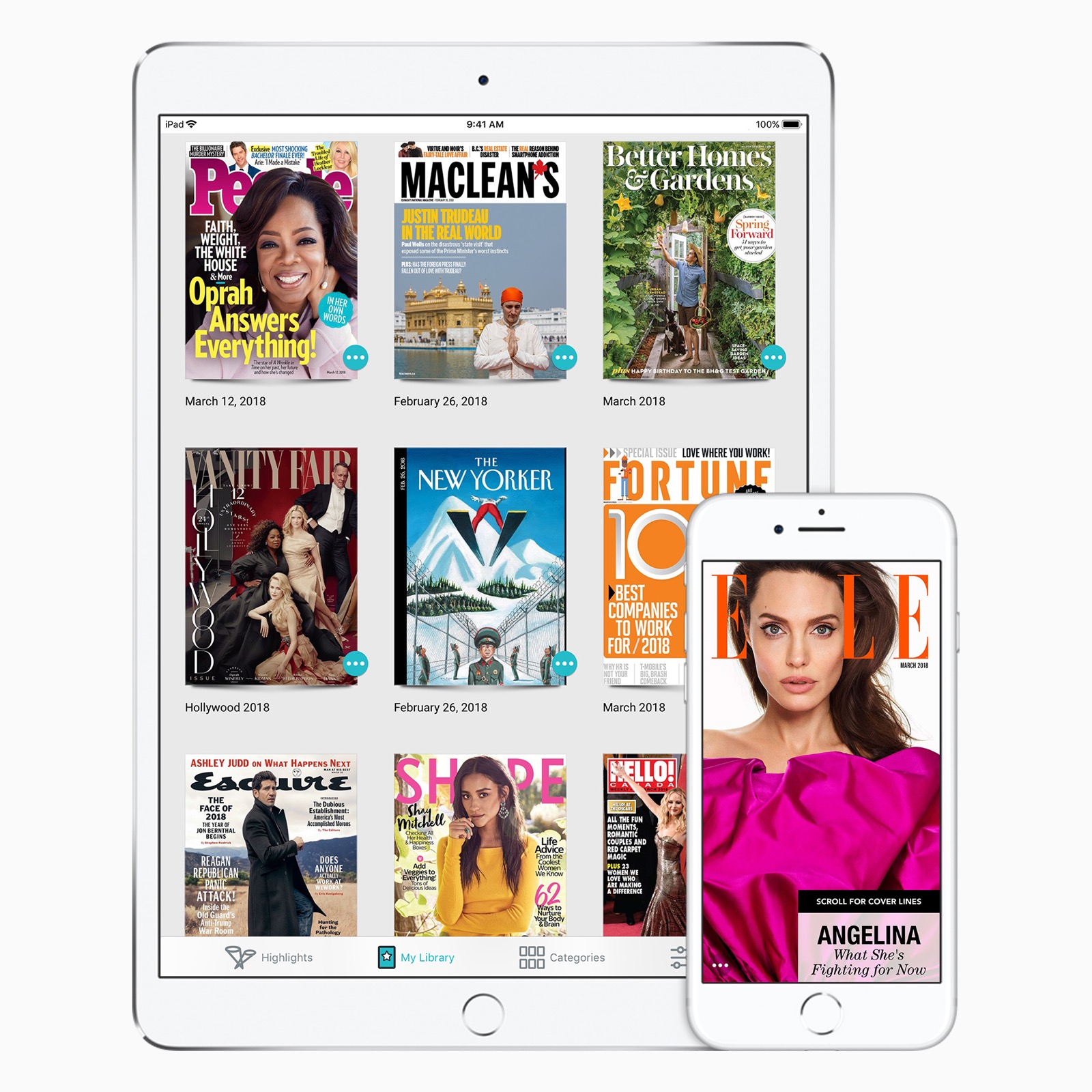 It's too early to tell exactly where this will take us - and I imagine the earliest we'll see the results of this integration with be with iOS13 next year some time, but it adds up to a growing picture that Apple is serious about Apple News, and perhaps we should be paying more attention to it in the year to come.

Certainly Apple's repeated use of the phrase "trusted sources", and its curated, editorial approach to the app, sounds appealing in a time where we've been burned on both ends by Facebook's more free-for-all approach - out-competed by fake news, and crushed by algorithm changes. However, it is yet another gatekeeper getting between us and our readers, so a big part of any discussion about Apple News's role in our industry needs to be based on the idea of not just becoming a commodity player as part of a journalism bundle, but of other ways of deepening our relationships with the audience we acquire through this channel.

In essence, it feels like there's an opportunity opening up here, but if we choose to take it, we need to do so with our eyes open, and way more sophistication than we did our relationship with Facebook.

Why you can’t afford to ignore Apple News

Despite all the early scepticism, Apple News is now the most used UK news app. Time to stop ignoring it.

Six stories from around the web that will inform your audience strategy.

What does a fried egg have to do with the Wall Street Journal and Apple News+? It's all about your most important content…

A storm in a teacup around changes coming to Apple's news app, some thoughts on Reels, and a toxicity round-up. Happy Monday!