The inventor of the web has some serious concerns about its future — and some amazing tales about its past.

Tim Berners-Lee invented the web. Staggering as it might seem, one person is responsible for the whole industry that has arisen around his technology. When did he know he had created something special? For the first three years there were ten times the number of hits on his web server every month compared to the last month. There was no magic point where it stopped or started – it was growing logarithmically. And we’re still not there. Only a minority of the planet has access still.

Why did he create the web? To solve communications problems at CERN. All their computers had their own operating systems and their own documentation systems. There was a huge heterogeneity of systems, and to find information you had to go from computer to computer. He thought it would be neat to build something that his team could use to share information – and which a student could use when they came in, and solved a problem, They could leave that solution woven into the web. When they went away the information would stay. Most people just read the web – when it becomes a read/write mechanism, when you blog, when you edit Wikipedia, it becomes interesting. 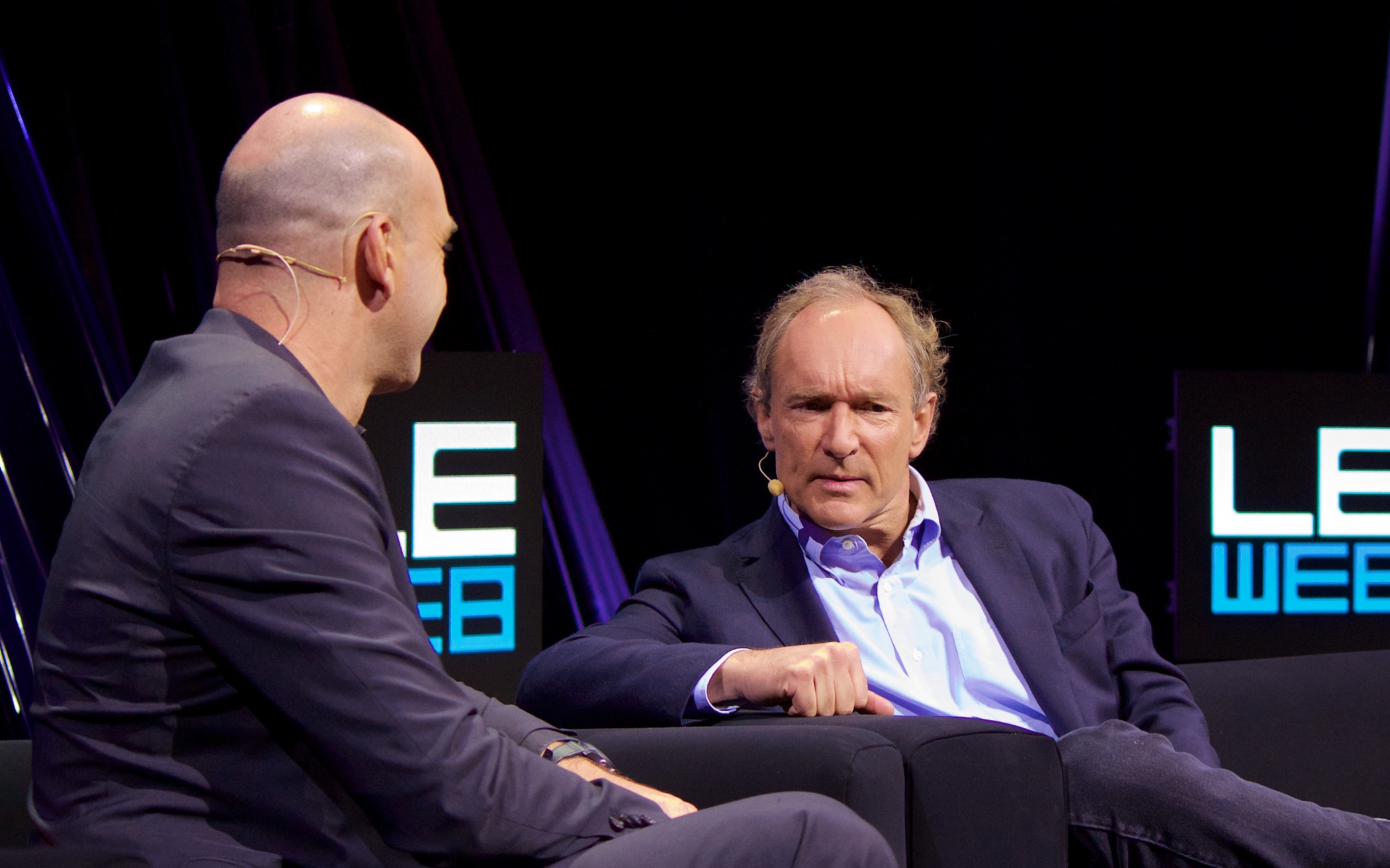 When you design a platform without an attitude about what’s carried on it, you see these explosions, as you did with the internet, and then the web. If you just take your magazine and put it into an app, it’s boring. You lose my passion, my enthusiasm, and my tweets. You lose the clicks. Every piece in a web app has an URL – we can link to it, it can become part of the discussion. If it’s a native app – it’s boring. It’s like paper. Sometimes they do it right – even in native apps – with an URL for everything.

There’s a huge amount of frustration out there in people who have put a huge amount of information into a social network, that they can’t take with them elsewhere. If you’ve set up all your friends in Flickr, you can’t take that to Facebook. These silos are a problem. It’s back to the days of AOL and Prodigy. When Berners-Lee talked with Mark Zuckerberg they discussed the need for the data in Facebook to be available elsewhere. There are new companies emerging who will help you store you own data and share it where you want. We have to insist on net neutrality.

Should we consider privacy dead? No. When people work in groups, those groups work by exchanging information amongst itself, and nobody else. If you don’t respect that right within a family, you don’t respect the family. It’s very silly to say that privacy is over. Cyberwar is no way to run a planet. We should have the rule of law. If people access my health data to change my insurance premiums, we need to say “no, that’s illegal”. I prefer a world where you say, “If I’m going to employ people, I’m not going to look at their childhood social media activity.” We are building this world. Yes, we should build encryption into systems, but not because we can’t change laws, or the way companies operate.

The right to access history is important. The right to be forgotten is important – if the fact you want forgotten if false. But if it’s true, well, you shouldn’t have the right. Here’s the move we have to make: we need to move from “you can’t talk about this” to “you’re not allowed to use juvenile crime, or crime committed over ten years ago, when you’re deciding to employ him.” Rules about how we use data are more important than trying to pretend things didn’t happen.

We should teach everyone about coding. Not about using Microsoft Office – but about coding. Then, when they grow up and start making laws, they will understand what computers can do, not just what Office can do.

The robots are here 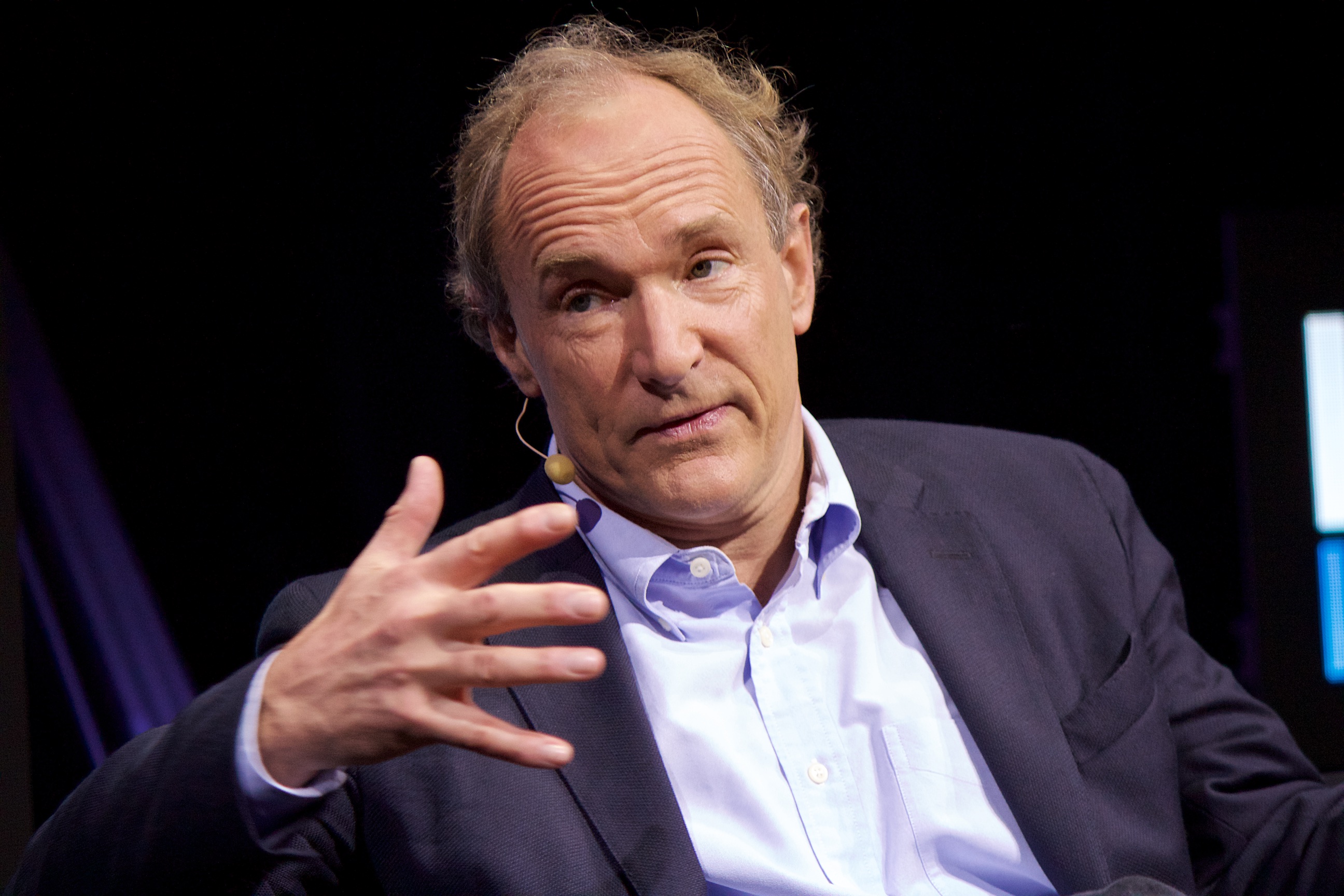 Artificial intelligence is coming. AI has been nailing things for decades – but once we solve a problem, we stop calling it AI. There is a mysticism out there that a stream of consciousness will be hard to do because it incorporates the “soul”, but I have a horrible feeling is that it’ll just be a few lines of code on top of what we already have.

The robots are already here – and they’re corporations. And you should be very, very scared.

He’s paid by MIT, and his day job is director of the W3C. He tries to look at the future to make sure things hang together – and to think about what will replace the current architecture. He’s also part of the Web Foundation, which tries to make sure the web serves people. He spends a lot of time pushing for open data – if you’re in Government, you data should be open.

Pushing into the pixel future

Why does he keep moving forwards given all that he’s done? Because we’re still so not done yet. He wants his data in open standards on computers he controls – and to be able to share that with the people he wants to. This is so important in healthcare. He wants open, linked data. We have lots of content on the web – but we’ll never stop fighting for it to be open. You’d be philosophically incorrect to imagine that this will ever stop. We’re seeing the web moving from static documents, which is valuable, to the point where ever webpage can be programmed, and can talk to each other without going back to the server.

Over the next 25 years we’ll start exporting that. Our devices will get better. Maybe one LeWeb we’ll just cover the auditorium with pixels. Soon there will be pixels everywhere that are smaller than you can see, and you’ll be able to access the web everywhere.

Think of the societal implications of what you build. Think at how the web can be better at breaking down barriers. Social networks could introduce you to similar people – in a different country, or a different language.