Perhaps the most damning failure of the journalism business over the past decade or so is how often we find ourselves back at this point: we have a gatekeeper who has built audiences, and we have to decide if we want to work with them or not.

From AOL to Google to Facebook, people keep getting between us and the reader. And then we agonise over what to do next. 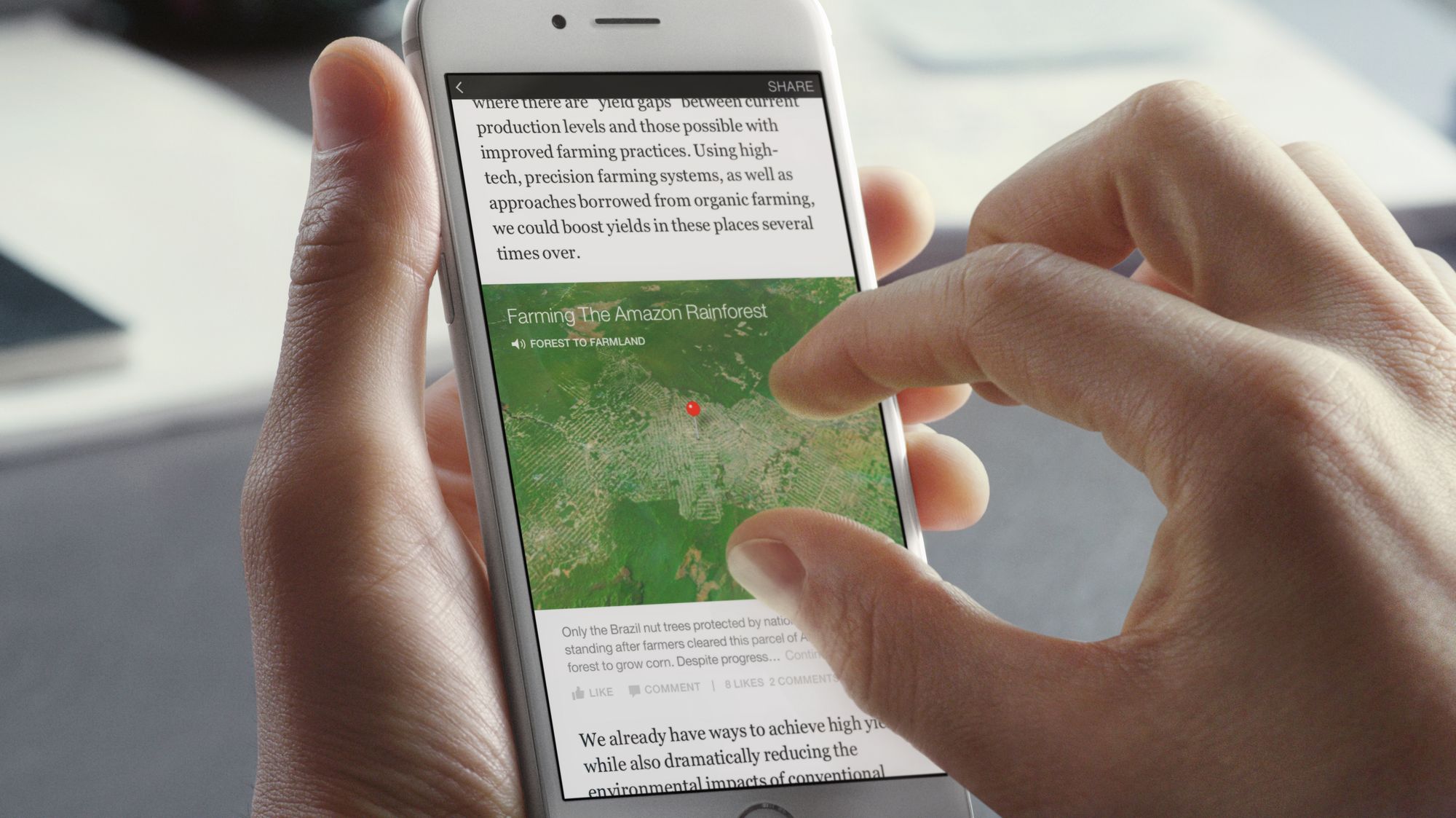 Today Facebook has switched on its “Instant Stories” feature, which allow publisher partners to create in-Facebook versions of their stories which load – as the name implies – extremely fast – on mobile devices. Right now, this is a mobile-only initiative, which harnesses Facebook’s approach to pre-loading content as you scroll through the newsfeed, ensuring it’s instantly available should you choose to click on it. Facebook might have been slow to mobile – but it’s damn good at it now. And it wants to gives us a helping hand.

That’s another failure on our parts. We publish such weighty, slow pages, over-loaded with so many ad-serving and ad-tracking scripts, that despite most sites being responsive now, Facebook has had to step in to create a better experience for us on mobile. Persistently, we make the wrong choice: we build pages good for us, not for the reader. We ignore the copious research that shows lightweight and swift-loading pages are valuable to our readers – and continue to stuff more and more javascript on the page.

Well, Facebook wants to fix that for us, by hosting our content within Facebook itself, using its Instant Pages partnership approach. From Facebook’s own description of the service:

Along with a faster experience, Instant Articles introduces a suite of interactive features that allow publishers to bring their stories to life in new ways. Zoom in and explore high-resolution photos by tilting your phone. Watch auto-play videos come alive as you scroll through stories. Explore interactive maps, listen to audio captions, and even like and comment on individual parts of an article in-line.

And here’s a video, with some ethereal music to make you feel better about surrendering to Facebook:

It’s worth noting that these are Facebook PR facts and videos, though. Truth remains, as ever, more complex:

Stop quoting 8-second figure around instant articles like it's true. Perceived loading time for mobile publishers' pages is much less.

In essence, Instant Pages look like a combination of specialised markup – like the Open Graph markup we use to create the link boxes for content shared on Facebook but more detailed – and customised RSS feeds. I’m strongly reminded of the custom RSS feeds you can build for Flipboard, to create a richer magazine-style experience for your content within that app. On the surface, it’s a very similar offer – let people consume your content within our app, and we’ll give them a great experience and a way for you to surface ads.

The difference here, of course, is scale. Facebook is now at least as significant as Google as a traffic driver – and in some cases more so. Flipboard is still very much a niche player.

In a Microsoft-like twist, there’s an embrace-and-extend factor at work here, because those tools encourage publishers to create additional content especially for the Facebook iteration of the story – potentially making it a better experience than the one on the publishers’ own site. In that, it’s reminiscent of Snapchat Discover – and the idea that we should create content natively for each platform (we shouldn’t be surprised that Buzzfeed, the great advocate of that approach, is a launch partner).

This is the part of the offer we need to watch most closely – and learn from. Why are our own publishing tools not providing experiences like this? Facebook is a useful part of a traffic generating mix – but we shouldn’t become dependent on it to do cool things on mobile.

The opportunity and the threat

We’re at a point now where publishers would be ill-advised to ignore this opportunities. Facebook is a central part of reading discovery for many people, and we can’t ignore it completely. (And if you’re reading this and thinking “Facebook is irrelevant for business” then, with all due respect, you’ve either not been paying attention, or you’re an idiot.) It’s not the whole of your addressable audience – but it’s certainly a significant chunk. And you want to be giving them a good mobile experience via Facebook, without putting all your eggs in Zukerberg’s basket.

We shouldn’t let the idea that this isn’t driving people to out sites straight away concern us too much. The idea of a web site is – and always has been – something of a communal delusion. The web is built around the idea of connecting individual pages together, and a “web site” is just a notion we lay on top of a particular web of connected pages. Our site structures are continually subverted by linking, both internal and external. Our sites inherently blend with other parts of the web – and this style of content-within-app just pushes that idea one step further to the wider internet beyond the web.

Do you publish RSS feeds? Then you’re already doing something very much akin to Instant Pages, because readers are consuming your content in apps like Feedly. In that context, Facebook is just offering a souped-up version of what we’ve done in the past, but with some interesting business propositions attached to it.

Re/code has a good breakdown:

It’s a good offer. The content still “lives” within the publisher’s platform, and is pushed into Facebook as a feed. The master copy still lives in the publisher’s CMS. You also get decent analytics and revenue opportunities.

I can see why the launch partners wanted to get involved.

Pray it doesn’t change any further 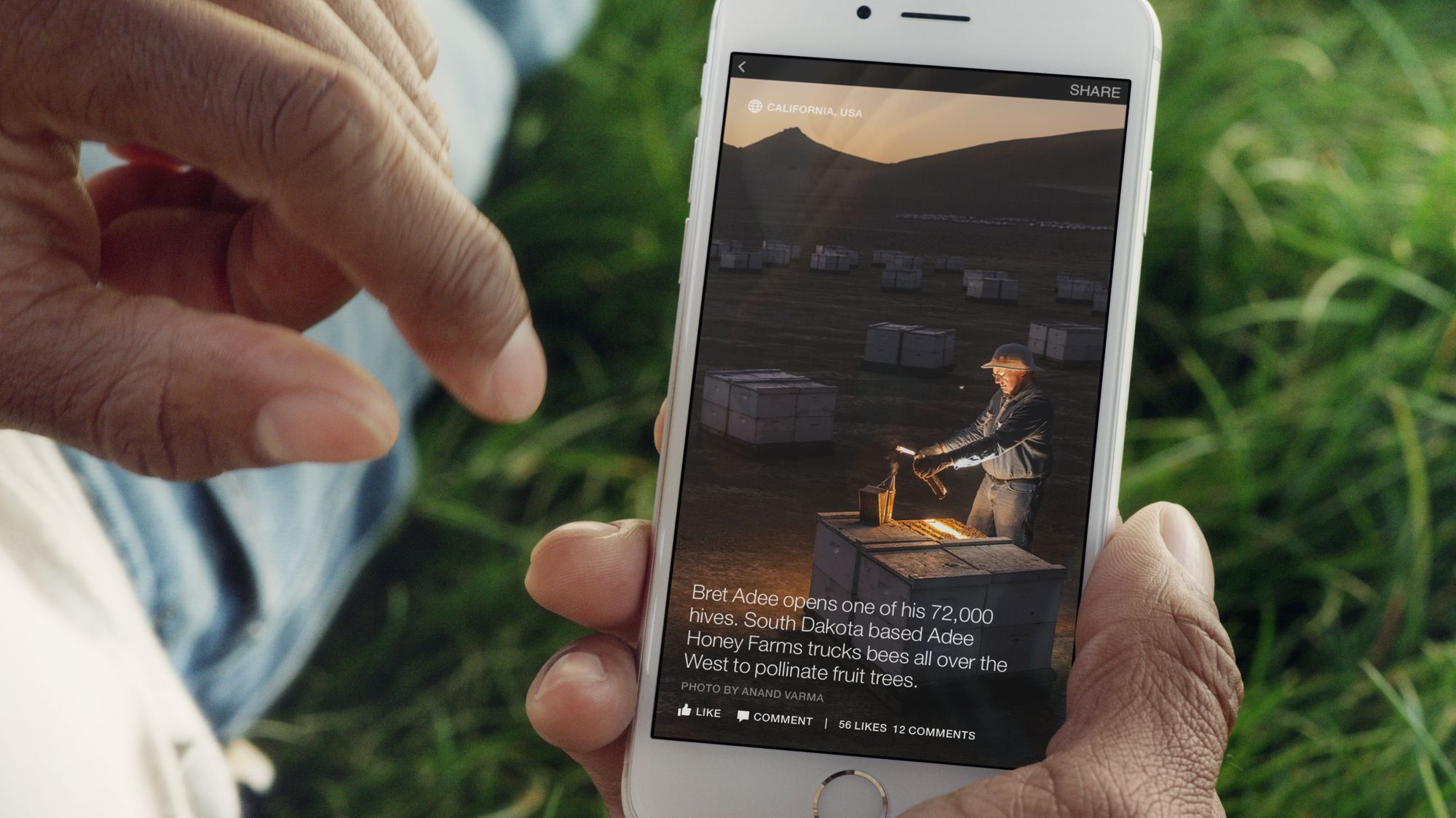 There are some serious questions to be answered here. For one, right now Facebook with sell ads for us, if we want it to, or it is also content to let us sell our own ads, and not take any slice of that revenue. Will that last? The company is being deeply evasive on that issue:

I asked Justin Osofsky, Facebook’s vice president of media partnerships, whether that was a limited-time offer that would change over time. “We’re committed to working with publishers in a way that gives them tools to build their business,” he said. So eventually you’ll take, what, 20, 30 percent? I asked. “We’re going to work with publishers to give them tools that build their business,” he repeated, unblinking.
It’s a game of brinkmanship: the terms start good, but who benefits more? If it’s the publishers, than you can bet that the terms will evolve more in Facebook’s favour. If Facebook continues to be the chief beneficiary, they have little incentive to change their terms.

However, this isn’t the first time we’ve seen Facebook try to get pally with publishers. Seeing The Guardian amongst the list of partners is also an eye-opener. The newspaper has been in this position before – remember Facebook social readers? The Guardian was a launch partner for that as well, back in September 2011 – before finally shutting it all down 15 months later:

[…], we have decided to switch our focus to creating more social participation for our users on our own core properties, beginning with guardian.co.uk.

And now we’re back to letting the readers stay in Facebook, rather than coming across to The Guardian site. Could history repeat itself? Of course it could. All of these partnerships are provisional – and both sides should be actively working to ensure that the relationship has value, or to terminate it if it does’t.

Instant Stories are a very different proposition from the social readers, though. The latter were desktop experiences that sucked The Guardian into Facebook, almost like an app on a phone. Instant Stories is a much more familiar experience – it effectively makes the Facebook user’s experience when clicking on a link better. Than, in of itself, is likely to make this a fast and easy success, with good stories becoming more likely to be shared and interacted with, increasing their reach in Facebook’s algorithm.

(Boy, brand publishers are going to be really annoyed by this, aren’t they? Clobbered by decrease in organic reach from their Pages, and now shoved into second place by journalistic publishers? Makes you wonder if a paid version of these tools might surface for brand content…)

Lastly, what’s interesting about this is that Facebook seems to be explicitly standing with the big beasts of traditional or merriment media here. There’s no range in the partner organisations: they’re all big, international organisations. And only Buzzfeed is really emergent media.

All of a sudden, Facebook is creating a bias towards big media:

If news organizations that have a deal with FB get “instant articles” treatment, guess who doesn’t? Everybody else. Yesterday, your blog post had the same theoretical shot to go viral as an article by a major publication. Today, at least on Facebook, that is no longer true. Your article loads a little slower. And let’s face it, if you’re an indie publisher or any of the organizations not big enough to be tapped by Facebook, the last thing you needed was another disadvantage.
Facebook may have abandoned its old “move fast and break things” motto. But make no mistake – the terms that these deals have been done under will shift over time, and the tools that are the exclusive playground are the big publishers right now will either spread to others – or there will prove to be a price for being in the elite club that has access.

Are you tempted by shiny things syndrome?