It's inarguable that journalism has been going through a funding nightmare over the past 15 years or so. The internet has fundamentally changed the information and attention landscape, and destroyed the traditional print-and-ads business model that has driven the industry so far.

Different parts of the business have been hurt at different levels. B2B titles have found more willing paying customers than, say, consumer titles. But the most badly hit in the anglophone world is undoubtedly the local news industry. In too many places poorly-produced local papers are too impoverished to see any hope of creating the sort of journalism that would allow them to escape their death spiral.

We've seen some efforts in the UK to help them. The local democracy reporters initiative is a growing success, supported by the BBC:

A pioneering public service reporting scheme between the regional press and the BBC has celebrated its 50,000th story being filed.
The Local Democracy Reporting Service has achieved the milestone almost exactly a year after its first reporter was appointed.

And, as we saw last year, Facebook is getting into that game with a £4.5m donation to fund 80 more community journalists.

That initiative is going worldwide, with Facebook announcing that it's investing $300m over the next three years in a range of community journalism projects:

There are two key areas where we hope to help: supporting local journalists and newsrooms with their newsgathering needs in the immediate future; and helping local news organizations build sustainable business models, through both our product and partnership work. Over time, we think this work can have the added benefit of fostering civic engagement, which research suggests is directly correlated with people’s reading of local news.

Much like Google's own $300m initiative, the money is not being given directly to any news organizations, but delivered via various journalism support organizations, including the Pulitzer Center. That seems sensible, as it's a way of lessening the ethical problems inherent in accepting money from a company like Facebook.

Facebook's money comes with a side of ethical compromises

Before we celebrate this too much, though, it's worth remembering that Google and Facebook are two of the biggest and most powerful organisations in the world. Each of them individually is more powerful than any one country's newspapers and other news media. They are exactly the kinds of organisations that the news media should be holding to account - and that starts to get sort of squicky when they're also paying you money for your journalism.

Just this morning we saw Channel 4 News having to defend taking money from Facebook for a Facebook Watch show, after the show has been openly critical of the site:

For Nevine Mabro, Channel 4 News deputy editor, the project is part of Facebook’s attempt to make amends for its past failings to support quality news and prioritise it over false information and propaganda. “This is their response not only to fake news but also to the broadcasters (over the digital funding model).” The Cambridge Analytica story, she says, has given Channel 4 News “massive brand recognition”, especially on Facebook, where it has 4.5 million followers. “In Facebook- land Channel 4 is a very recognised and trusted brand – that’s why they have come to us.”

Yes, but how are the viewers going to perceive the relationship? We already know that people aren't great at, say, understanding how facebook ad targeting works. Why should't they see this as Facebook buying favour with a formerly critical news team?

As James Ball put it in an excellent piece charting how we got to this point:

Tying the future of journalism to a tech or social media levy shackles the two even closer together, making a already dangerously codependent relationship even less healthy—and potentially compromising journalism in the eyes of readers. It would also let tech off the hook: one of the main justifications for corporate tax is making companies contribute towards the societies they live in, the infrastructure they rely on, and to offset the harms that they cause.

In other words, if the public become truly aware of this, our already shaky position of trust will become worse. They will not see the distinction of supporting journalism directly versus indirectly.  We align ourselves with the tax-dodging, information harvesters — as the public often perceives them — at our peril. Even amongst the journalism community, you would have to be unusually pro-Facebook not to detect a whiff of PR about this, after the torrid year's press the company has had.

And, as the always insightful Mathew Ingram pointed out, a chunk of that money will go into persuading publishers to use Facebook more:

In Google’s case, and to some extent in Facebook’s as well, the aid that is being given amounts to help in convincing newsrooms and journalists to use the company’s products more. For Google, that might be YouTube training, and for Facebook, it is things like how to use the social network’s ad targeting mechanisms or how to think about the News Feed algorithm.

That's not a bad return for an investment of less then 0.2% of their revenue annually.

For perhaps obvious reasons, another big announcement this week failed to get quite as much press:

Today we’re excited to announce funding for a new platform, Newspack by WordPress.com, aimed at small- and medium-sized news organizations. Google, through the Google News Initiative, is taking the lead in backing the project and has committed $1.2 million.

So, here's where some of Google's money is going: on making a WordPress-based hosting support package that's designed to help publishers keep their costs low, and find a revenue stream from their publishing.

It’s been a difficult climate for the news business, particularly at the local level. It also breaks my heart how much of their limited resources these organizations still sink into closed-source or dead-end technology. Open source is clearly the future, and if we do this right Newspack can be the technology choice that lasts with them through the decades, and hopefully our 15 years of growth lends some credibility to our orientation to build things for the long term.

I'm curious to know what he means by "dead-end" technology - but the open source aspect can be important, particularly for small publishers who will probably need an easy and cost effective way to move platforms at some point in the future. Building on top of WordPress is rarely a bad move, due to the massive availability of expertise to work with you on it.

Seeing a news-centric version of it does have an appeal.

Now, make no mistake, this is not a charity initiative. Automattic is a heavily VC-backed operation, to the tune of over $300m (that figure again…) over seven funding rounds. Thus, it needs revenue. And as Christine Schmidt reports for Nieman Lab, there will be revenue off the back of this:

Publishing partners who apply by February 1 will be able to use Newspack with no price tag during the grant period — it’s between $1,000 and $2,000 depending on the size of the news organization once the grants run out — but Wilson and the News Revenue Hub are looking especially for local newsrooms with single or double digit staffs.

So the grants are there to essentially ease the transition costs to the WordPress.com Newspack platform, and help build it out.  However, the on-going costs of between $12,000 and $24,000 annually are not insane for what's being provided. It's certainly a lot less than hiring a full-time developer to maintain a bespoke CMS. You're essentially group funding a core team of eight developers curating and building on a set of plugins to the most widely used CMS in the world.

And, most importantly, part of this partnership is with the News Revenue Hub, an organization which helps implement membership models for news sites. So, in essence, what this initiative is trying to do is provide an outsourced CMS and paywall team for a pretty decent price.

Now, sure, you could do much of this yourself with WordPress and a bunch of plugins - but not every news site has the staff savvy enough to do that, nor should that really be their priority. Equally, each site that participates potentially gains from the experiences of the others sites using it. In local journalism in particular, there's plenty of scope to co-operate with those who don't complete with you geographically.

In theory, this is a good plan. And if you like the theory, you can apply to join the Newspack charter group, if you move quickly.

However, be aware - so far, this is very light on technical details. Does that cost just cover the devs, or is it hosting, too? What's the relationship between this offering and the existing WordPress VIP hosting platform, which many customer already use? (Educated guess: VIP is for much bigger clients than envisaged for Newspack).) And how is the membership integration going to work? A lot of titles were burnt by Medium's enthusiasm for becoming a home to news publications, and that didn't turn our well, did it?

However, I'm trying to reign in my natural skepticism. At heart this is an excellent idea - and Automattic are not the only ones working towards it. Ghost, the platform I use to publish this blog, has made no secret of the fact that it's building out support for membership models into its core. Given that they're been working on it for a while now, we could expect to see two membership-integrated CMSes on the market by the summer, which is incredibly exciting.

Sure, there are plenty of companies out there, competing for your CMS money. Many publishers are in this game themselves, with companies like Vox and the Washington Post offering their bespoke CMSes for other publishers to use,  as a piece in The Nation highlighted:

If the largest digital-media companies can become software providers, then they’ll be well-positioned to ride out the death of print, the bursting of the new-media bubble that claimed companies like Mic, and the inevitable plateauing of social networks as user growth stagnates, and survive into a viable digital-only future. There has been some discussion—from BuzzFeed founder Jonah Peretti in The New York Times as well as a former Viceexecutive at NiemanLab—about a kind of digital consolidation in which titles would share the same publishing infrastructure.

These guys are not looking to service the small, local companies that Newspack is — or that Ghost will be able to support, if it gets its offering right.

These sorts of initiatives will have a much greater impact on creating a sustainable future for niche, local and community journalism than the shot-gunning of money coming our of Google and Facebook.  Anything that can provide off-the-shelf membership technology, coupled with a CMS, and a reasonable cost makes the technological cost overhead of the site as small as possible, leaving you to concentrate the majority of your resources on the key cost: journalist to actually produce journalism people want to pay for.

A sustainable, affordable platform facilitates long-term, public interest journalism in a way that on-off grants just do not.

Talking about CMSes may seem like arcane minutia to many journalists, but they are, at heart, as important as printing presses in making journalism function —  but for the last 15 years, all too often they've been draining too much money out of organizations for too little return. 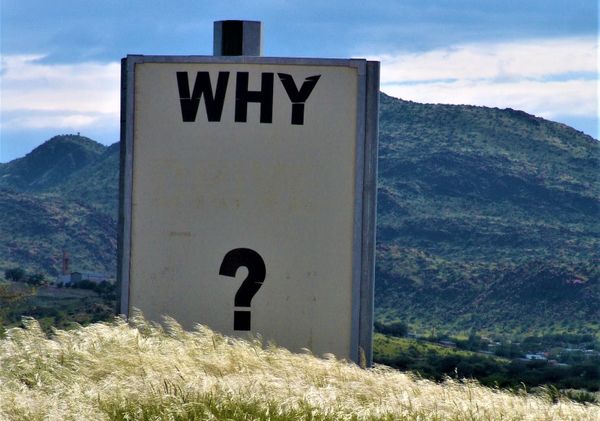 Does the incoherence of Twitter as a platform start at the top?

A quick rule of thumb for saving your Twitter experience