The second session at news:rewired in March 2019 focused on revitalising local journalism, and breaking away from the media's obsession with London and the south east.

(WARNING: Liveblogging. Prone to error, inaccuracy and howling crimes against syntax. Post will improved over the next 24 hours.)

There are 850 local news organisations in the UK, signed up in the partnership scheme. Today, let’s concentrate on the local democracy reporting service (LDRS). It’s a public service news agency.

It’s not just there to support local news, but local life. Since January 2018 they have generated 60,000 stories. Never before has the BBC had access to this enormous stream of impartial stories from all over the country. They been able to do reporting on top of that, including the problem recruiting children’s social workers.

Getting outside the London bubble is a strategy for HuffPo. However, getting younger journalists to pick up the phone and do a door knock - classic techniques - can be difficult. Shoe leather reporting hadn’t really been owned by digital-only publications; so maybe HuffPo could do that. They’re actively hiring outside London. It’s unusual in the online journalism world. They have someone in Birmingham and Preston and  would like to hire more - budgets allowing.

They moved the whole team to an empty shop in the Bullring in Brimingham for a week, to make a point. It feels like an under-reported city. They partnered with the local paper. It was a success - and they’d like to do it again (budgets allowing - it was expensive).

Everyone is dealing with the proliferation of news and information - and are also getting used to more bespoke services, be it for take-aways or clothes online. Local news - like a swimming pool closing or a job centre shopping down - can have a huge impact of people’s life, but it doesn’t register on the normal news agenda for most publications. Instead, to counter that, they decided to report beyond the original news, and explore the ripple effects of those closures.

This week HuffPo worked with the Bureau of Investigative Journalists to expose the wider mosaic of the sell off of council facilities - and the majority of the money is being spent on redundancies. Without this sort of reporting this would never come to light. Using the Bureau Local’s network allowed them to investigate the impacts in depth.

At lot of this is about how your newsroom looks. There’s no point in writing about the north, if you all grew up and live in the south. Hire diverse.

MB: We shouldn’t vilify London: this is simply what happens when a bunch of journalists work together in one place. They start looking inwards. We can address of this by changing our attitudes, not our locations.

There are filter bubbles in every walk of life. But think about the lived experience of London - even if you came from the Midlands, within a few months you’re a Londoner. Think about how dependent you become on Uber in the city - so you do a  story on it, when most of the country have no access to Uber. The average UK citizen is a provincial resident. We forget that.

What would happen if we wrote half the number of stories about Donald Trump? Would people be less informed - or more informed?

JB: Once you hire people from the regions, it makes sense to listen to them on stories. We could do fewer PA write-throughs if we want to send people out more - but yes, to cover more regional journalism, we do need to do less of other things.

One German attendee suggested that knowledge-sharing is as important as story-sharing. Is that happening in the LDRS?

MB: We do more than stories - we do video. But it really is creating a wire service more than anything else.

JB: We are aware that the constraints of the local newspapers partners are much tighter than ours. They often couldn’t get the stories written until just before publication, because they’re so close to the bone now.

Choosing what not to do is so important. We are not a paper of record, so we need to choose the stories we really care about. 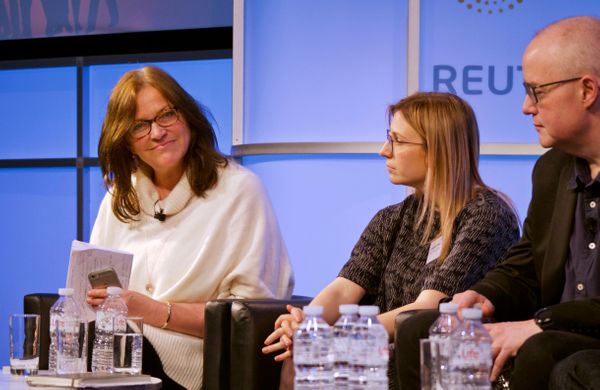 Journalism needs a new business model. Hell, it need many new models. Here's a bunch of them from news:rewired 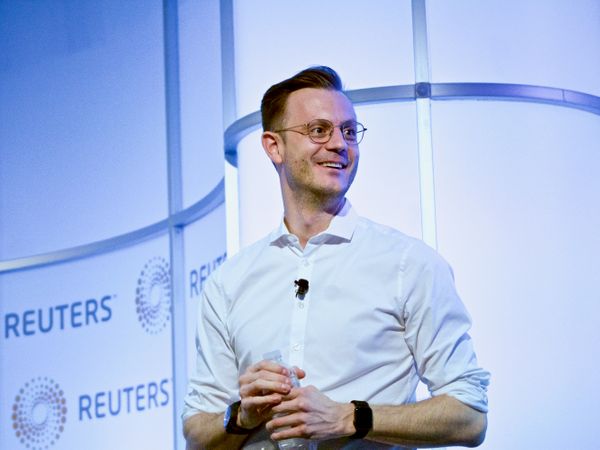 For all the praise heaped on the NYT, its paywall model won't work for smaller audiences. Switzerland's NZZ is trying something more sophisticated.