What does China's approach to journalism and propaganda mean for us in the UK? That was the thesis of Isabel Hilton's 2019 James Cameron memorial lecture, at the journalism department of City, University of London.

I'd been lecturing all day, and didn't have to rush home for childcare reasons, so I had the luxury of staying late in London - and I'm so very glad I did. Hilton's lecture expanded and clarified some thing I was aware of and then skillfully interwove them with things I wasn't.

It was, in a word, fascinating.

The lecture wasn't really susceptible to my normal form of liveblogging, so here are my notes from the session, given a light narrative polish.

James Cameron himself went to China in 1954 - and stayed for two months. As Hilton pointed out wryly, that suggests it was a very different era, with very different budgets. His stay  resulted in a book called Mandarin Red: a journey behind the bamboo curtain - quite a concentration of cliches in one title - and it's still an extraordinary read, she suggested..

Language was a problem internally China during those early days - what would he have made of the 70th anniversary parade of the world's longest lasting communist state? And that's only ones change. Back in the 50s, James Cameron had to go to China. Now China has come to us.

China has welcomed by western democracies, who believed that it would become more open and liberal as it grew more prosperous. And that worked until 2012, when China's move into openness went into reverse. And it's all part of the recipe for keeping the party in power that has some serious consequences for journalism.

And now we have serious question of trust between the West and China. Can it be an ally, or a partner and strategic rival? Control of information has been central to the party's grip on the state from the very start. Investigative journalism is conducted for the eyes of the party only.

What media outlets can report on is highly controlled.

Hilton cautioned us not to forget the journalists who fought for freedom 30 years ago, Chinese journalists marched with the student protestors in Tiananmen Square. Many of the staff were subsequently replaced or arrested. The journalists have often been victims of political conflict.

2008 was the year of the Beijing Olympics. It was a big deal, and the Party wanted it to go smoothly. One of the claims of the Party is that it has purged the country of  humiliation from other world powers. In March 2008, there was a mass protest in Tibet. A month later the Olympic Torch started traveling - accompanied with protests. China span this internally as a worldwide media conspiracy against China.

(As Hilton pointed out, a worldwide media conspiracy is implausible to anyone who has worked in media.)

That negative spin led to China's worldwide propaganda campaign that they've been pursuing for the last six years.

Reflections on media in the new era

In 2013, the Party in China published what is commonly know as Document 9 - and it marked the moment that the country turned its back on liberalization. IN highlighted what it described as seven dangerous western-inspired ideas. These included such heresies as an independent judiciary and a free press. Journalists are now required to show absolute loyalty to the states. They even have to pass a test on Xi Jinping thought, through an app known as "the little red app".

It all comes back to retaining power in China. They can't let critical narratives about China flourish outside the country - because they will get back into China.

China has always had state-controlled media, but the tightness of its grip has varied over the years. Hilton made it plain that the grip has tightened considerably.

But, in a move reminiscent of Russia, it has been building up its own controlled media worldwide, not just in China. It now owns broadcast and online media all over the world and in Africa in particular.

Here's an example I was unaware of: Opera News. Opera, the browser, was founded in Norway - but is now majority owned by a Chinese company. Its Opera News product has 150m active users, twice as big as Apple News.

However the party doesn't just rely on digital and other owned channels. It's become remarkably adept at getting propaganda out in an existing publication - supplements in established media. Hilton points out that readers aren't always goo at distinguishing sponsored supplements from mainstream journalism and the China Watch supplement has appeared in 13 major newspapers, including the Washington Post and The Telegraph.

The Guardian mapped the reach of these "borrowed boats".

Investment in Latin America has been matched with investment in controlling the media there, as well. In areas less susceptible to outright control, investment in PR and think tanks allows the Party to influence western media.

Documentaries get produced by companies with a chain of ownership back to China, but apparently produced in the west. How would viewers know the ownership?

Australia, in particular, has become aware of the risk, and its politics is influenced by the controversial idea of Chinese covert influence.

This empire of soft power is well-funded - but has to straddle two worlds. It has to both appeal to the world in general, and avoid upsetting the Party back in China. This can lead to what Hilton describes, with complete justification, as some truly terrible work.

Here are some of the examples she showed us:

Warning for offensive racial stereotypes in the following video:

That said, generally the production standards are pretty high. They do employ a lot of well-paid foreigners - which does lead to conflict when those employees are asked to do things which cross the borderline into spying.

As we moved towards the close of the lecture, the picture Hilton was painting became clearer and clearer. The difficulties that Western media are facing have left them more exposed to manipulation than before — and we would be unwise to under-estimate their capacity to influence.

She went to to explore the mixed picture on the Discourse War's effectiveness. Opinion is dividing on China, on a country by country basis. Opinion is getting more positive in some countries - and the young are generally more positive about the country than the old.

But for all the focus on Russia in recent discussions about news and politics, China hasn't received nearly the same focus. There is an information war already being waged - and we are all part of it. We have to decide what our role is. What is journalism, and what is its role in a well functionings society? As we are distracted by Brexit, a lot is changing in the world.

The US and China are entering a time of strategic rivalry. A post-Brexit EU may be forced to choose sides.

And some of those changes are influencing our own national debate. As Hilton pointed out right at the beginning of her lecture, the Chinese state's efforts to control its message can find a haunting familiarity in this:

China has been using Twitter to sow dissent in Hong Kong - the platform deleted many accounts traced back to Beijing. Global politics is being played out on social media, and political organisations are learning from each other how to control the message.

Both journalism and propaganda exist in China and the West. Chinese journalists leak stories they can't publish to western ones. We live in an age of fiercely completing narratives -  and bad actors are sowing distrust and doubt about the nature of truth.

"We need to understand the game - and make sure our own game is up to it," concluded Hilton.

Should we attend media conferences in China?

Yes, but make sure they know its all or none in attendance - don't let the Party control attendance through visas. Be careful of what you sign and what you agree to. You can be turned into propaganda very easily.

And remember that the Party tries to say that they are all of China - it is not true, and it never has been true.

Do they use online "below the surface" campaigns like Russia?

Quite a lot. The 50 cent army is a well-known troll army that often seen attacking critics of China. Australia really has been the canary in coal-mine. Its experience is instructive in terms of methodology.

Surely reporting of the Hong Kong protests is a failure of the soft power?

remember, that's all the fault of the Americans and the British, according to Chinese media. Plus, they're just toughing it out. If you can persuade enough people that the students were terrorists - that's soft power - but it's not working right now. But in China itself, they only show the protestors' violence.

What role could China play in the Green energy revolution?

China has invested more than anyone. Its manufacturing is responsible for driving down the prices of renewable technology - which makes it a pity that China continues to build coal. Turning that around is hard - but the policy is there. China is exporting its development model - which is pretty alarming, because of the environmental costs of its materials and construction methods. If you apply that globally, it's all over climate-wise.

Remember, engineering is less hazardous politically than arts or history in China - so the leadership tend to come from that background. That's why they spotted this opportunity.

What should we be defending? Long term readers here (and God bless you, if you are) will know that I've long fretted about our profession's inability to get to grips with digital in a whole-hearted way.

The price of that is only now becoming truly clear. We are caught in a vicious, high-stakes war for information control, to shape and control the mindset of the world's people. Russia sows chaos and division. China seeks stability and order - but with China a respected leader of the world. Are we to be their patsies? Are we to challenge them.

I came away from the lecture both challenged — and shamed. Hilton's lecture made it clear how painfully shallow much of the discussion of the role of the media in a rapidly evolving global media ecosystem, and I'm as guilty of that as much as anyone.

I'm going to up my game. But we need the whole profession to do so. 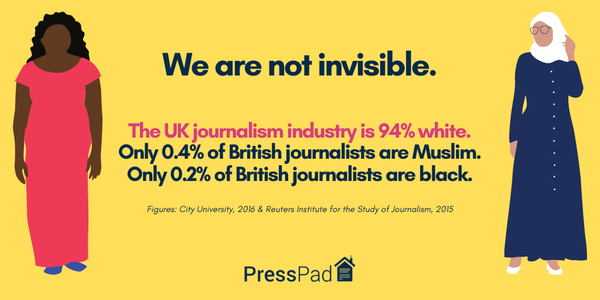 It's getting harder to get into journalism. That's not just down to the popularity of the profession, but the decline in routes in for those who aren't wealthy. PressPad is trying to fix that. 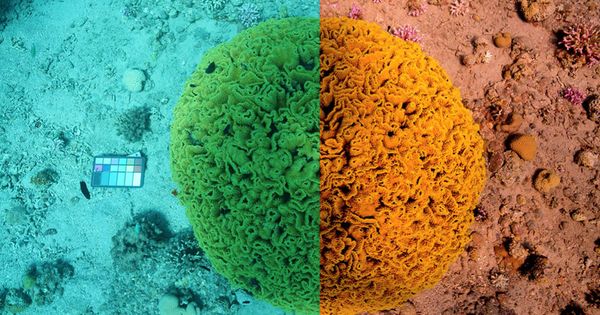 Computational photography raises some fascinating questions about what is real.