How Wikipedia dealt with Johann Hari 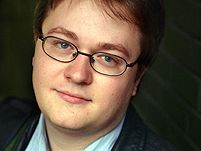 Comprehensive account by Tom Morris of how Wikipedia volunteers deal with people who abuse the site, including Mr Hari:

David r was *banned *in July. Banning is a social measure where the community decides that the person’s invitation to edit the site has been rescinded. You can read David r/Hari’s ban discussion: there were fifteen users who supported a ban (myself included), and three who opposed the ban. David r is banned indefinitely from editing anything on Wikipedia. As we now have confirmation that David r is Johann Hari, Johann Hari is indefinitely banned from Wikipedia. This means that if he pops up with a new account and someone can confirm that the account is a “sockpuppet” used by Hari, that account will be blocked indefinitely on sight.
Who does all this? Volunteers.

Interesting contrast to The Independent‘s decision.

The Times tames trolls with the power of naming

The results of The Times’s experiment in enforcing real names in comments look promising, and the EU starts looking warily at TikTok.

The need for intelligent skepticism, proved through links

Facebook does a good thing, and Google does something that merely looks nice. This is platform economy life.