A couple of weeks ago, I piled the family's camping equipment in a trolley, and pushed it to a clearing deep in some Sussex woods. And for the next few days, I all but said goodbye to connectivity. I went walking in the woods with my daughters, and built dens with them. I cooked burgers over a freshly-made camp fire, and fell asleep listening to an owl hooting in the woods. Sometimes, I just lay there listening to torrential rain lashing down on our surprisingly sturdy tent.

And very quickly, I stopped taking my phone out of my pocket, other than to capture some photos or videos. (Some things never change. I've been taking photos since I was three…) 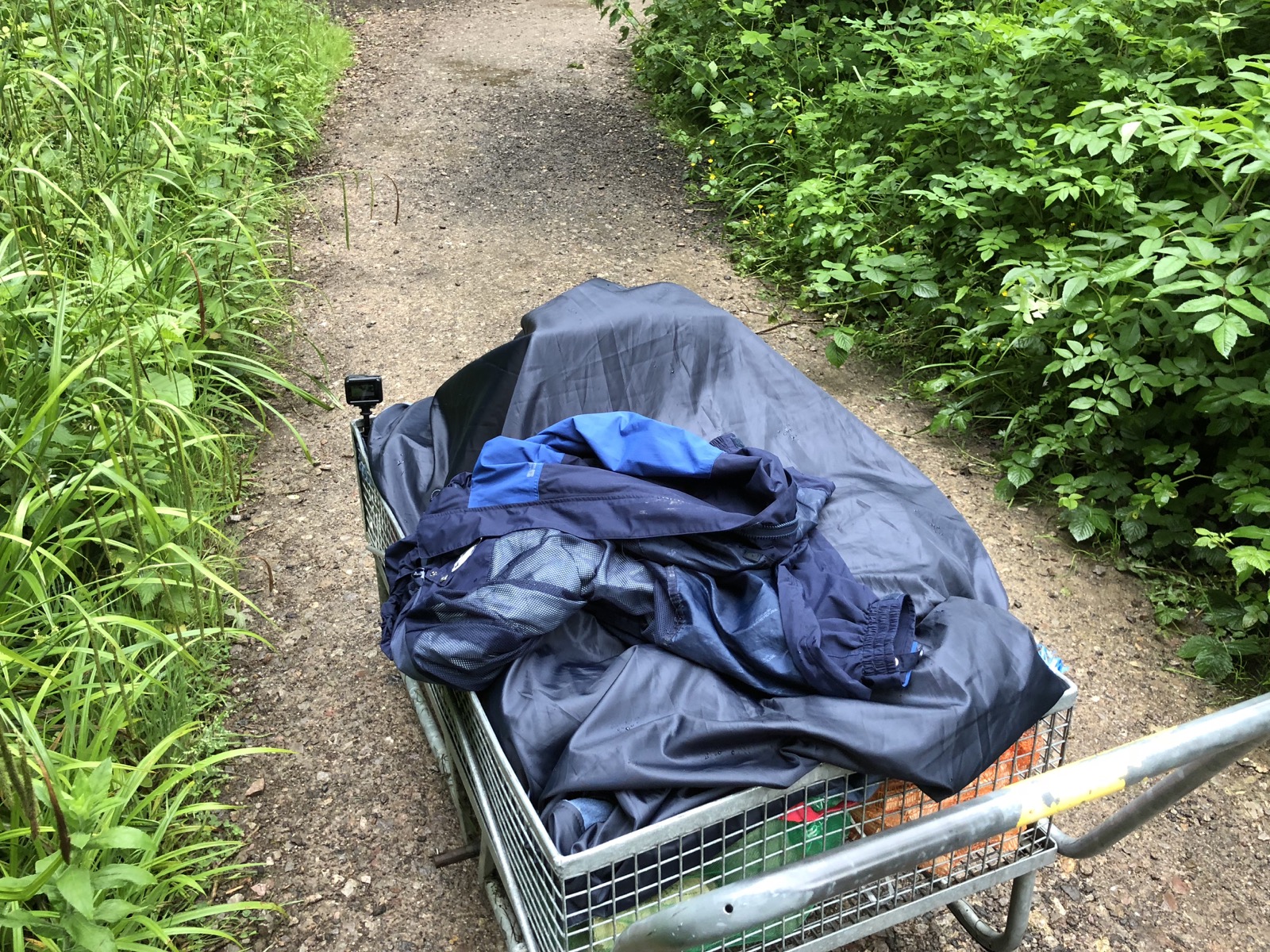 The last time we went camping, the fields had WiFi base stations in them. Not this one. The field was described as "wild camping", and while it wasn't truly wild — there were three toilets, and a shower block less than 15 minutes' walk away — it was certainly something of a back-to-nature experience. 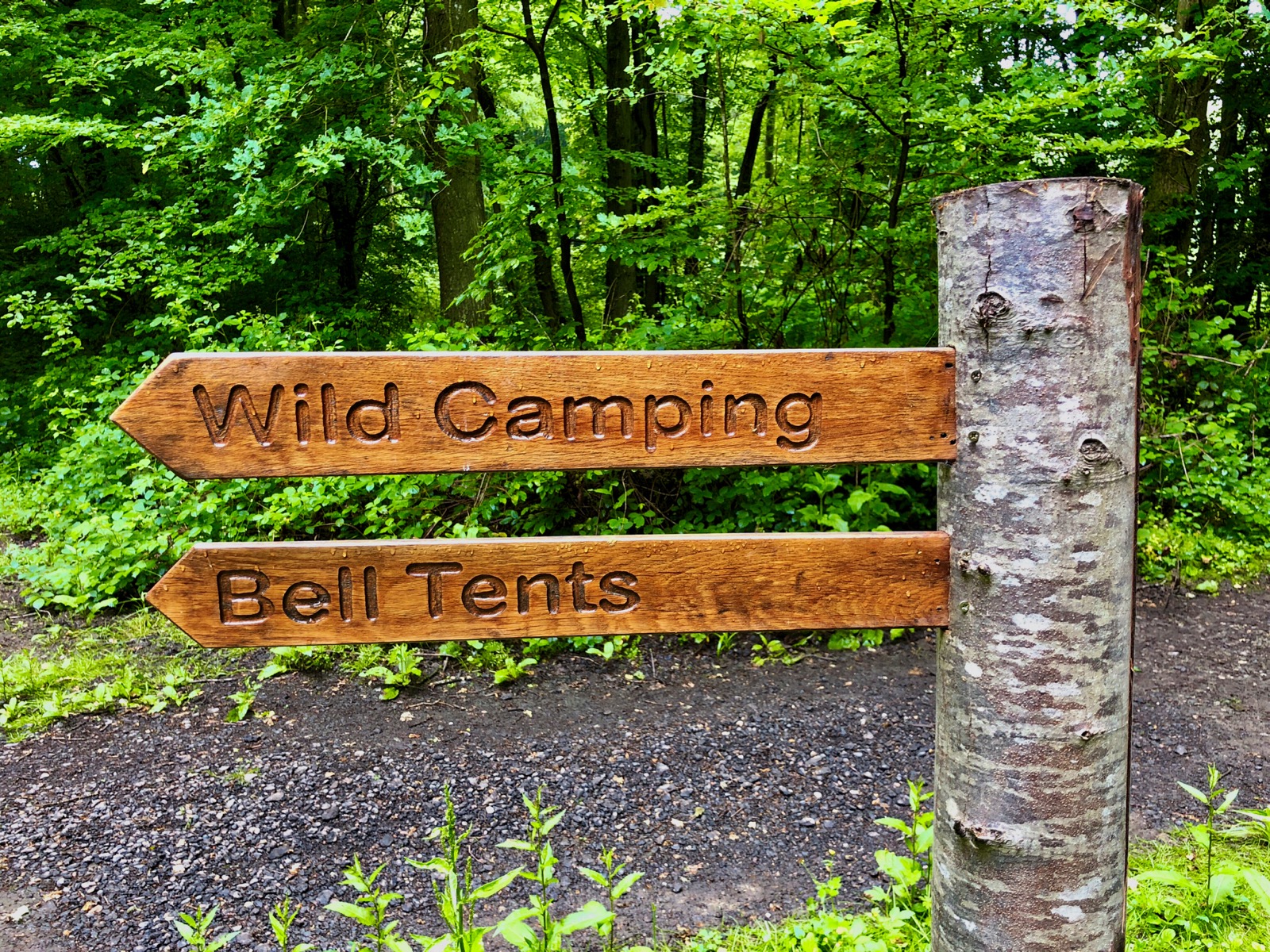 Admittedly, it wasn't completely a tech-free time. As I mentioned above, I had my phone with me and even ended struggling though one work-related call, with the signal cutting in and out. I still had cameras and GoPros and other bits of kit with me. I read on my Kindle. But none of those things needed a data signal. 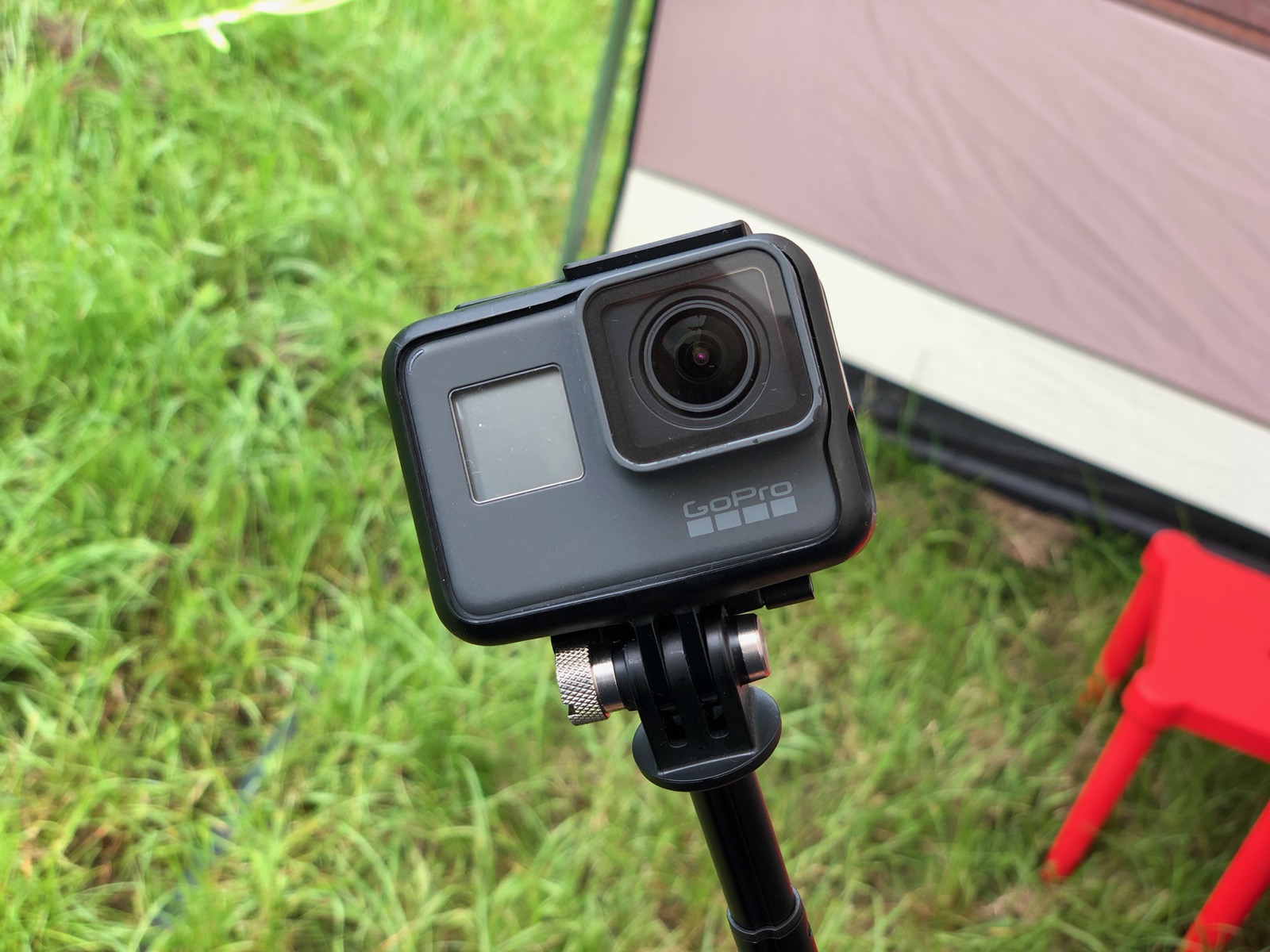 And so I did truly feel disconnected — and the strange thing is that, since I returned, I haven't really wanted to reconnect. I've been catching up on e-mails, and I've been reading plenty. But my engagement on social media has been minimal, and my desire to put finger to blog has been lower than it has been for a while.

This is a complete reversal from years past, where a level of effective disconnection has left me thirsty for reconnection as soon as I can once I get home. That feeling of loss was gone. If anything, I felt a quiet sense of release.

It's an almost facile observation that social media has become increasingly toxic in recent years, and I'm finding it challenging to get personal reward from the time I spend there. Twitter has felt like an environment that rewards the loudest and the most attention seeking, rather than the most interesting, for a while. And Facebook, while often rewarding to use, carries the unfortunate taint of the knowledge of what Zuckerberg and his tribe are doing with our data. Instagram? Well, it's good at reminding me how much younger my ex-students are than me - and how exciting many of their lives are, in comparison to my middle-aged occupations. But I can't rouse myself to really work the algorithm to bring attention to me. I'm quite happy to let that slip away.

Oh, I'm still quite happy to spend time talking about social media, and emerging elements of it — I had a very pleasant coffee last night with two former students, both of whom hold senior social media positions on major newspapers — but that's about using it for professional gain, not personal reward. Indeed, both of them indicated a certain reluctance to use social media personally, as it occupied so much of their working life.

If anything kills the current wave of social media apps — and let's not forget that the tide does turn from time to time — it'll be this exact feeling. The exhaustion that the relentless battle for value in a crowded online attention space brings is palpable and real. The more you invest in the battle for attention, the more tiring it becomes.

In my training and consulting work, I spend a lot of time talking about the battle for attention, and how the internet has made it ever more acute. And the mechanisms needed to gain the attention you need to sustain a business are particularly costly, as a recent Polygon piece on YouTuber burnout highlighted:

Reading it reminded me of Andrew Sullivan's piece a couple of years ago, about how he abandoned the internet for a while, after he realised that the relentless pace of blogging he was maintaining could well be killing him:

If the internet killed you, I used to joke, then I would be the first to find out. Years later, the joke was running thin. In the last year of my blogging life, my health began to give out. Four bronchial infections in 12 months had become progressively harder to kick. Vacations, such as they were, had become mere opportunities for sleep. My dreams were filled with the snippets of code I used each day to update the site. My friendships had atrophied as my time away from the web dwindled. My doctor, dispensing one more course of antibiotics, finally laid it on the line: “Did you really survive HIV to die of the web?”

Slowing down the internet

Now, I'm concious that Sullivan's approach to switching off completely and stepping away for a while isn't an option to me. My family needs me working, and my work involves me watching, participating in and commenting on the changes coming to the internet publishing world. But I find it interesting that I, who started blogging a few years after Sullivan, have a lower level version of what he went through, a couple of years after he did. Those who followed us many years later on YouTube experienced greater highs — and greater lows.

Why? The current system of attention doesn't scale well. And it demands too high a price from those who need to ride it. There are some deep problems and we need to fix them. That's one of the reasons I've actually found it easier to write for the NEXT blog in recent weeks (although, tp be fair, the fact they pay me helps). The conference theme this year is Digital Fix, an idea that is incredibly timely, and which I'm enjoying exploring from many different angles. I recommend Martin Recke's kick-off piece Digital Fix - Fix Digital as a good introduction to the work we're doing there.

I've actually enjoyed writing this piece a bit more than I have any piece I've done here for a while, probably since my infamous "Fuck You and Pay Us" viral success about Facebook a few months back. I realise that this thousand words or so will probably cost me some readers. Every time I stray from the "digital journalism and nothing but" beat, some people sign off. And that's fine.

I'd rather enjoy myself creating stuff for a smaller, more forgiving and more engaged audience, than exhaust myself competing for an ever-bigger audience. That, after all, was the idea behind working part time, and staying self-employed, rather than continuing to crawl my way up the corporate ladder. There are times, I admit, when I harbour a little jealousy for my digital journalism innovation peers, who have risen to ever-more prominent positions. But those times are getting more infrequent, and far less intense. There's plenty of value in the other parts of my life, and I would resent the time I would sacrifice if I had followed the other path.

But more than that, I've always been able to sit a little ahead of the digital curve, and I realise that exploring these feelings of exhaustion and aversion is probably useful in my work. What will happen to our existing business models if people start actively reducing their online consumption? Do we need every news site to be a 24/7 deluge of breaking news? Have we neglected the slow, the curated and the in-depth in our rush to the real-time, Live nownownow digital world?

And it's time to look for alternatives.

And I'll be right on that. Just after I take a walk on the beach… 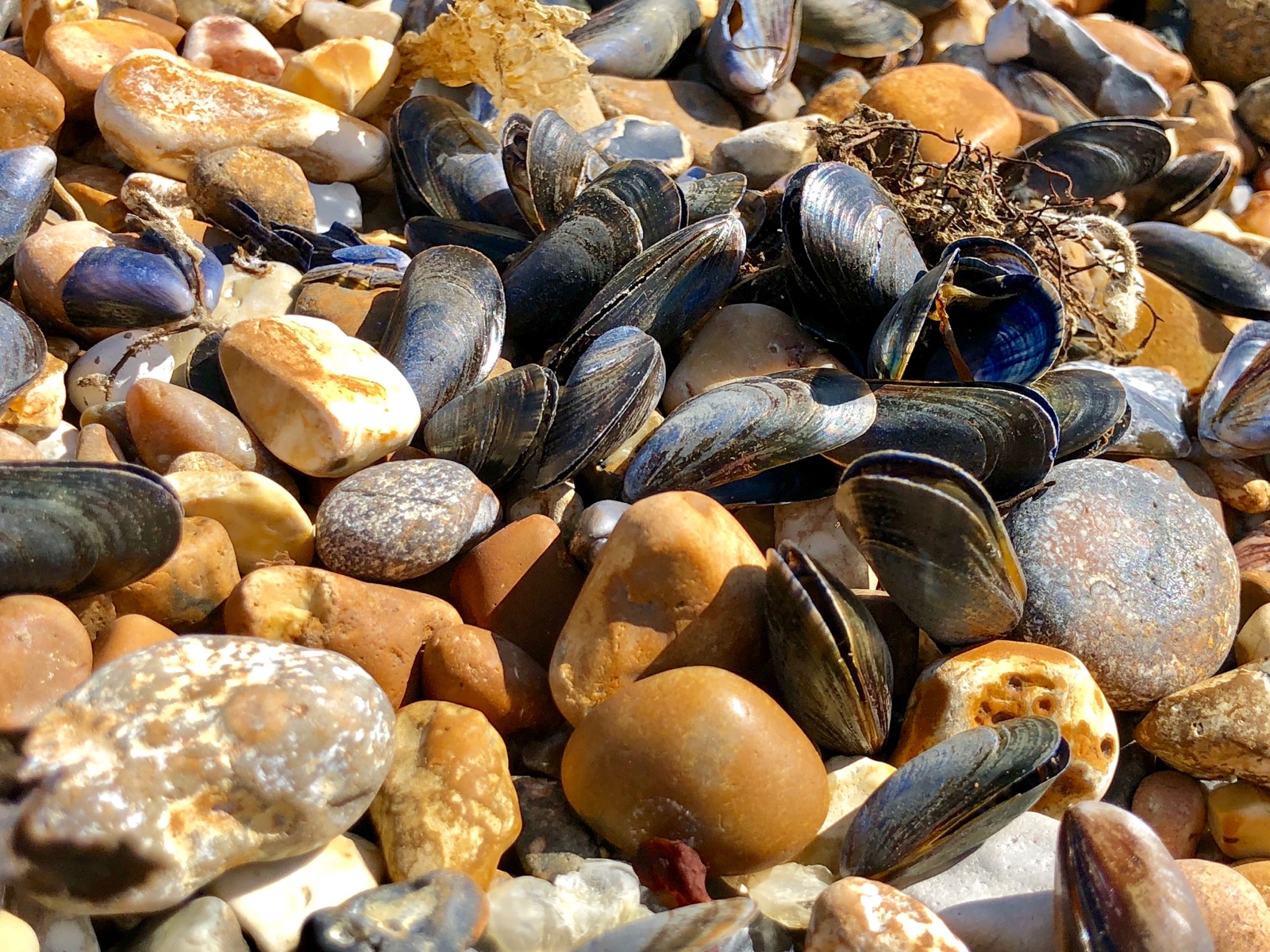 Stress and burnout in post-pandemic journalism

Why Substack's evolution is beginning to worry me

The two reasons why most newsletters will fail

When less journalism is more

The other impact of Covid-19 on journalism: more competition for attention