Liveblogged notes from the opening session of News Impact Summit Cardiff in October 2018. Prone to error, inaccuracy and howling crimes against grammar and syntax.

10 years ago she was working in South Africa on undocumented immigrants. That sort of journalism actually led her out of traditional journalism into youth media. That taught her a range of frameworks for media-based organizing.

Four years into her career in youth media spaces, she met Darryl Holliday and that led to her being one of the co-founders of City Bureau.

They were driven by a sense of inequitable, misrepresentative local reporting. That stemmed from a lack of diverse perspectives in newsrooms, and a lack of sustainable business models of local news.

They aim to bring journalists and the community together to produce equitable coverage, encourage civic participation and hold the powerful to account.

They don't believe in heroes - it will take a lot of people to save local news. They're place-based - but collaborate with people all over the planet. They're as much process-focused as product-focused. The process of reporting and involving people in that is as important as the finished piece of long-form journalism, for example.

The first whole year, 2015, they focused on policing and community safety. Lacquan McDonald's killing by a police officer has been under-reported. They centred their reporting fellowship on this topic in general, the behaviour and conduct of police officers. They never told a crime story in that period, but focused directly on the process of documenting meetings and investigations as a taskforce investigated police behavior - they used RapGenius for the annotations.

The results of their work were published through other outlets - they don't have an outlet of their own. One example was a story looking at the uncritical reporting of police press releases.

How do we rebuild trust in community? Having one community engagement reporters is doing a disservice to the idea. Community engagement should be baked into journalism. Good relationships are about accountability and trust. The opportunity lies in building a two-way learning street between reporters and their community. How can journalists share their power?

What is brave space - and how do we apply it to journalism? It's not just getting people to show up - it's getting people so engaged that you call you out when you get it wrong or are straying from your mission.

Every Thursday they run a public workshop series, where they discuss, debate and deconstruct issues. Tonika Johnson is a photojournalist from Englewood, which was only ever reported when people were shot. She became their first photojournalism fellow, which has become The Folded Map Project. She's introducing people from mirrored properties on the north and south sides of a long Chicago street.

They working with people to document public meetings across the city. As well as training them, they convene them at the Documenters Summit 2018. People talk about humanising the narrative, but how about involving the humans who know the narrative in the process? It gives the people of the city a voice, and allows the inquisitive to be more actively involved in changing their communities.

The rest of the Chicago news scene

In January, they collaborated with the Centre for Media Engagement to research te perceptions of local media. The results showed that the west and south sides were being neglected in the reporting - and the people in those areas were more willing to volunteer to document local meetings. The public is clearly hungry for a new type of journalism - and the humbling of journalism is an opportunity to rethink how and what we do.

Start with the really hard questions - what practices should your newsroom give up because they perpetuate problematic power structures? Why? because we don't need to just humanise stories, but the whole institution of journalism.

They have a number of foundation grants, but they are looking at consulting as one source of revenue. They have built a calendar and documenting tool which they will be releasing. The priority, though, is membership. They want to remain independent and accountable to the community. 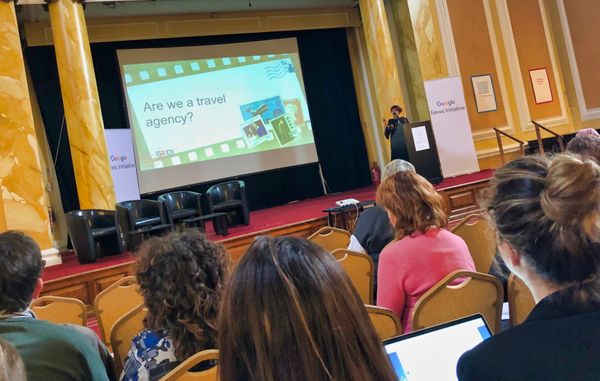 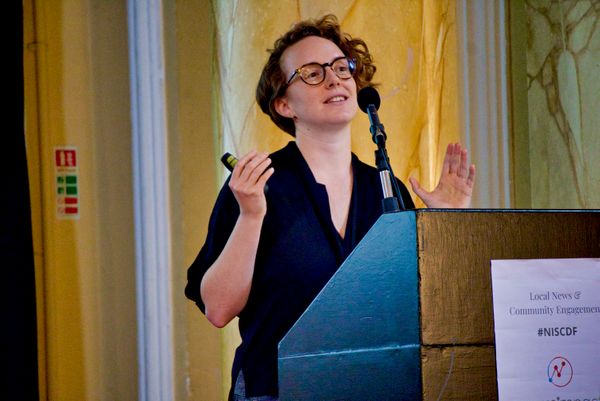 Can we find a new model of collaborative journalism, working alongside existing local journalists, and the communities they serve?