I owe Google an apology. When I first posted about Google+, I gave in to the snark impulse. And, to be fair, I had reason. Google Wave was an over-hyped road-crash, and Google Buzz was just a road-crash. The company’s record in Social was poor.

And, to my surprise, I find myself using Google+ more than I use Facebook or Twitter right now, and having more interesting conversations. It sits neatly between the two services, being slightly more functional than Twitter, and a lot less cluttered than Facebook. For me, that’s proving to be a sweet spot that makes it a more useful part of my day to day routine. I dip in and out of Twitter to see what’s happening generally. I dive into Facebook once a day or so, just to see what friends are up to. But, right now, I’m going into Google+ periodically through the day for good conversations. And, in that, it’s a truly successful social product.

Now, to be fair, my experience with those older product meant that I went into the Google+  environment forewarned. I’ve not added very many people at all whom I don’t know, and am ruthlessly segregating into Circles at the moment I add them. And that’s what’s made it such a productive environment, because I’ve got so much more control than I do elsewhere. And possibly, that’s going to be the differentiating feature of this product – the control it gives the user.

So, sorry Google. And good work.

You can find me on Google+ here, if you fancy joining in. 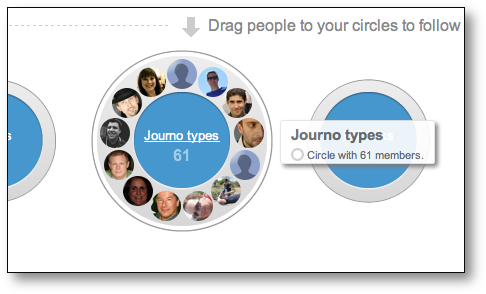 Like all social networks, the people you connect with change the experience.

Fascinating post from Jon Snow on the whole Politics/Press/Broadcast issue thrown up by the phone-hacking saga: The relationship between print and broadcasting has always been tense. We both resent and depend upon each other ‘out on the street’. But these days, the