Liveblog of a panel debate about social media from news:rewired in February 2012

A panel discussion chaired by Kevin Anderson. Liveblogged notes, so treat the below with all due caution.

It’s a way of breaking the cycle of having to leave Facebook to visit The Guardian. 77% of visits from Facebook to The Guardian only saw one page. We wanted to improve that. The more you see your friends' faces, the more you use some content, say the Facebook people. Frictionless sharing.

They used their own content API – so they could build the app in about five weeks. They got a lot of negative feedback about the app. Some people are very negative about the idea of Facebook. There are 750m people using Facebook who could be reading our journalism – and aren’t. There are over 5.7m installs of the apps. Over 54% of the users are 24 and under – that’s an audience they struggle to reach. It’s a love it/hate it proposition. Over 25 years olds in the testing sessions refused it. Younger? They installed it straight away. They feel that they’re being “educated” rather than wasting their time. Archive content gets a new life. An old story about models and body image has generated 1000 new comments two years after it was published. A contemporary discussion around archive content. Every story becomes a landing page. 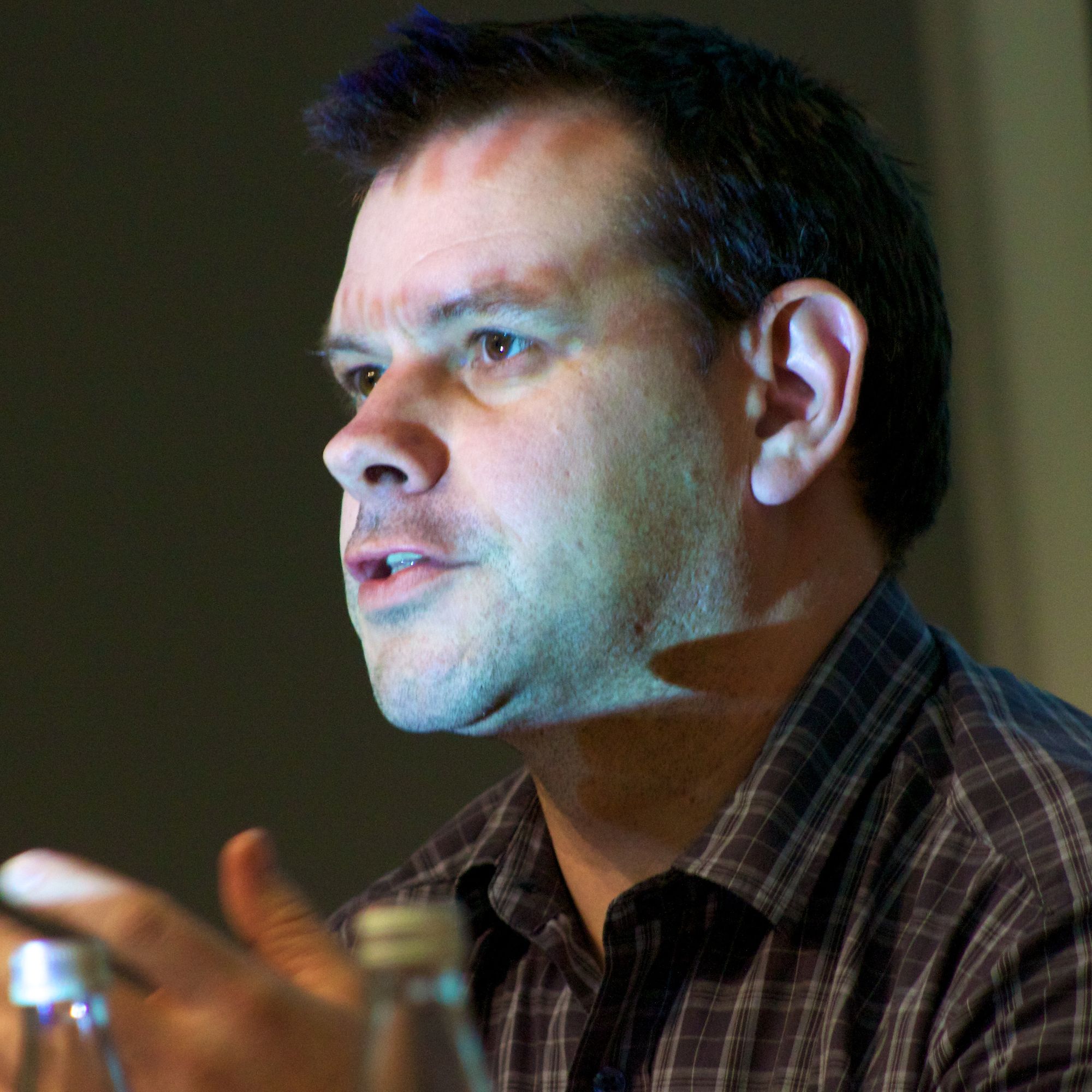 They’re doing continuous design updates. Facebook has a saying: “move fast and break things”. And they do. The Guardian team delivered the app to Facebook’s specification, and Facebook changed those specifications a couple of hours before launch… (and this forced an emergency bug-fix). Forces them to work at Facebook’s pace. They do get some revenue from sponsorship in the app. 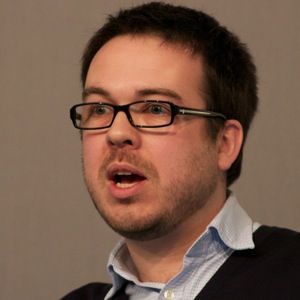 BBC Twitter accounts were “hand-cranked” – they focused the editorial remits of three accounts. Focused on the quality of the tweeting – build on the automated headlines, and don’t just do what everyone else is doing. A human voice, but a BBC voice. We needed to “add value”. Photos, graphics, links to the correspondents. Taking the best of what the programmes are talking about, and putting it out on these three core accounts. They have follower targets – but engagement metrics are much more important. There are editorial guidelines. They use @names whenever they can. The top tweets from last year were both from the Japanese Tsunami. Pictures often do fantastically well. Lightening hitting the Eiffel Tower was number four…

They had 7/10 of the most commented/Liked posts from UK media. 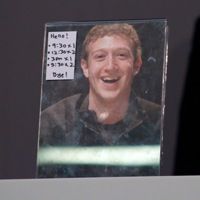 Nothing reminds you to post to Facebook like a giant photo of Mark Zuckerberg. They have a photo which is passed around the office. Whoever has it, is responsible for posting that day. Just using RSS just gets you headlines, and people ignore it. The more people who ignore it, the fewer people see your stuff. You need to be interesting.

They don’t get a lot of traffic from Facebook. It’s not about archive content – it’s about pictures of chainsaws – or random stuff they get from PRs. One day – Facebook went public; not much interest. A chunk of their roof falling in? Loads of interest. Our Facebook page isn’t about driving our fans to WIRED – it’s about driving WIRED to the fans. Most of their traffic from Facebook is from Likes, not from the fan page. People will share stories based on headlines alone! Move sharing buttons nearer the headline and using Facebook comments are high on their agenda.

Timing: they chose the (arguably) worst times. Recommendations say 8pm and weekends. Their key times are first thing in the morning, at lunch, and 3pm in the afternoon. And finally 5.30pm, for the just-about-to-leave work traffic. 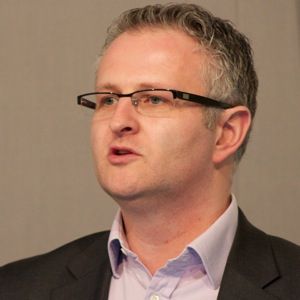 For MSN it’s about managing conversations with millions of people talking at the same time. How do we manage that conversation. The MSN newsroom is a bit bijou. They have to be very strategic about how they use their resources.

How do you make sense of the barrage of information now the balance has tipped towards the audience. We’ve gone from who we regulate social media to how do we fuel it? Darren is their first head of social. The team all have social contracts with targets, and documentation of what they know. They do best practice sessions for their teams. They remove bots where they make sense. They try to understand the rhythms of their audience, and consolidate accounts (quality not quantity). 500 comments on a post on Facebook – what’s the value? We know that if people engage on social media, they’ll visit five times more often per month, and spen 7.5 times as long on the site.

They’re not using recommendations and trending panels on their site. 90% of their tweets from branded accounts are human-powered. Being human gets 10 times the response. They’re getting real traction from liveblogging. Getting readers tweets into their liveblogs makes a huge difference to response. They’re moving towards a multi-screen social focus.

They want to develop tools to make sense of social media. baby steps for now, but in the coming months he hopes there will be products that really make use of traditional news skills and live content in one place. 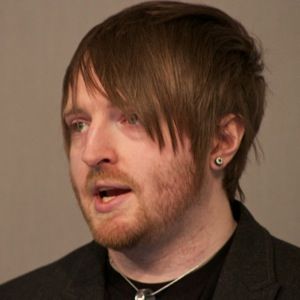 DW: using Facebook Insights to monitor success. Drives him mad. You need true metrics, but you also need to educate editorial teams still about what’s working and why. We need a tool – Insights plus other data – that tells people why things work.

MB: They use both Insights and Omniture. Can link up Facebook and activity on their own site

CH: Analytics was at the heart of it, for the feedback loop. Facebook Insights plus a bunch of other stuff.

NL: Smaller volume of content, so they’re going more on instinct. The use Insights – blessing and curse – and Google Analytics.

CH: Work out what you can offer that other people are.

DW: We’ve used Klout, but probably just for the sake of measuring things. He’s not sure of the value.

Gabrielle Laine-Peters: If influence is to do with follower numbers, you’re getting it wrong. It’s the new penis envy.

NL: There was a Twitter rush. People with 1m followers often don’t send much traffic.

MB: Is a big fan of algorithms and sci-fi and robots, but thinks that this is a job for people. Human-powered, human judgement.

Any experience in building optimised content for specific communities?

CH: BBC strategy is to focus on the core accounts. (So, uh, no… Very “mainstream” media answer)

DW: You’re getting so much information about the likes and interests of their audiences through Facebook for the first time. How much we react to that in the next 12 to 24 months will be interesting. Will we start commissioning new content based on this incredible level of detail? This real view of the world will be a big challenge to newsrooms.

Some discussion of the frictionless sharing in Facebook, Belam pointed out that there’s lots of criticism on Twitter, but the limited number of apps doing it so far means its more obvious. There may also be a generation issue here. Facebook is becoming a web within the web, says Lanxon. Belam says that Facebook now has a weight of numbers that it’s going to make a shift like the MySpace to Facebook one very, very hard.

When two trade publications hit the headlines, and some worrying insight into the experience of female journalists online.

Get some audio in your engagement strategy

Why audio is critical to your audience engagement thinking, why hashtags are back on Facebook, and more to spark your imagination this week…

A quick round-up of useful digital publishing reading from around the web, including the Beeb on the Dark Web, and journalism LIVE.

Reuters Institute research shows that most of what we believe about the general public and politics news is wrong — and that we are profoundly failing to engage them.