Liveblogged notes from the RSA event looking at increased community engagement with education, and ways of fostering it.

To the RSA — where I'm a Fellow — for the first time in a while, to attend the Schools Without Walls event. My interest in this is twofold. As a father of two girls in early years education, I have a vested interest in improving education. And as the husband of a school governor, I'm carrying useful information back to where it can be deployed. Additionally, with my "engaged journalism" hat on, it's interesting to learn how other sections of society are approaching increased community engagement.

*Warning: Liveblogged notes. Prone to inaccuracy, error, omission and howling crimes against sytax and grammer. Expect the post to improve over the next few days. *

She’s been a principal in the lower east side for seven years, at The Island School. They have a high proportion of students with disabilities, with language issues or from the domestic shelter opposite. They have long opening hours, and only close for two weeks over the summer.

They provide more than the usual education: support, enrichment and even pickup from the shelter. Every single child has exceeded the progress target set by government. They don’t just target support at the children, but the adult carers, too. The partner with mental health and healthcare suppliers to help support the parents. Volunteers provided academic support. There are free of charge laundry hours in the building. These partnerships are what makes 188 special. It’s a family, a community.

She knows every child and parent by name. Their partners are housed in the school building.

Seeking grants is time-consuming for leaders; but it’s necessary. And she doesn’t just target the big ones - the small ones can make a difference, too. Partnership agreements tie partners into sponsoring a family for a year after they leave the partnership.

They have to deal with the social and emotional prices before they can get to the academic place. They provide hot breakfasts, as well as lunch and supper. This isn’t possible with a school budget - which is why you need the partnerships. They provide parenting skills training for the parents. The do eye tests and provide glasses. They have a dental clinic come in every Wednesday.

It’s tiring. It’s draining. She knows she can’t do it for ever. But it is worth it.

Reach Academy is a free school based in Feltham - an area with poor access to services, and a low proportion of 18 year olds going into further education. Partnerships with the parents are a key part of what they do, and have been since the start.

The new docuemntary H For Harry tells the story of one of the pupils:

Where does Save The Children fit in? They’re working in early years education to lower the outcome gap for disadvantaged children. How can we get a local system to work for the children in poverty who live there? What does the system look like? We want the community to be involved. There are community organisations and voices who really care about what happens in Feltham.

Save provide training and CPD that’s wanted and needed, beyond what the council provide. They’re also working hard on the community engagement piece, allowing them to build a plan rooted in the evidence and which is owned by the community. They want those local voices to drive forward the work - to sense check it, to almost act as governance.

Charities are beginning to fill the voids in the political landscape. 83% of charity leaders are seeing an increase in the need for their services. It’s not just about providing opportunities in terms of missing services, but also about giving students a wider range of experiences and a broader curriculum than they might have done. It’s incumbent on the charities to target their efforts where the work is most needed. 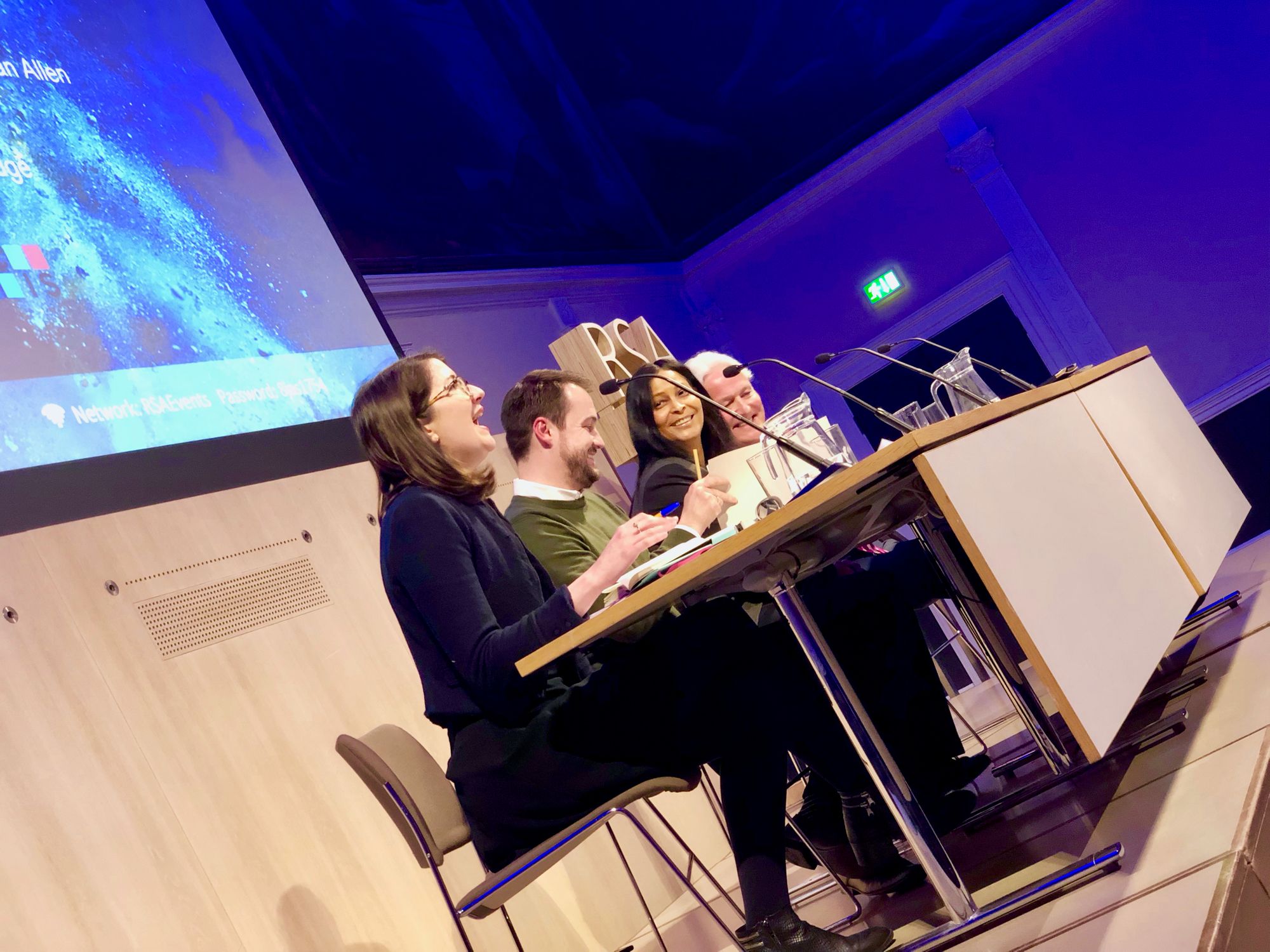 Local government is ina ascendancy again,, partially because of the political void, but also because of their connection to people and place.

There’s lots to be proud of in Doncaster, both in economic terms, but also in community rooted in a sense of place - and love of it. However they have low social mobility and high levels of social disadvantage. They have historically low levels of attainment. Something need to change - and national government initiatives weren’t helping. The council had to drive this. in 2016 an Independent Commission of Education and Skills was convened, resulting in the One Doncaster report.

Mayor Ros Jones has put education and skills at the centre of her four year programme. The focus is “taken local”; utilising community forums and assets to deliver and transform services. To sustain this they’re bordering new relationships with cola groups. What can the community offer in socially-situated learning?

They are developing “middle tier” organisation, between local government and the service users. It’s part of a new infrastructure of community involvement in education. They’re developing networks to bring isolated communities together - and supporting these with digital platforms.

Human Scale Education is supported through the Doncaster XP School. It’s based on an industrial estate and draws in students form across the area on a lottery system. It’s kept deliberately small, and they have “learning expeditions” based within the local community.

Suany Ramos: The politics of NYC is hard: as soon as you become a great school, the funding disappears. Every time the mayor or chancellor changes, the curriculum changes. That makes things hard, too. That means the partners need to commit to keeping going to ask for the support needed. I cherish every single one of our partnerships, however small they are. They have families that have been moved from the shelter to temporary housing - and who commute three hours to visit the school.

How do you get staff buy-in for long hours without burn out?

Suany: The committee comes form me first. You lead the way, and as people start seeing the value in the relationship, they get more enthusiastic. And you can give back in terms of substitute time, and parts of the money that come in, to be given to the teachers for their classes. In 22 years, this is the first time she’s been away from her school for more than a day.

There’s more of a culture in the US of philanthropy. Can we foister that in the UK?

Damian: If you conceive of the problem as a complex adaptive system, it changes who you invite into the system.

What could independent schools to support this kind of work?

Damian: They’re a broad church. There’s an obsession in this country with institutions rather than processes. We try to bound learning within schools, because that’s a more industrial process. Innovation comes from the edge. Academies do allow that. But we have also seen failures from academies.

Laura: We have seen a lot fo innovation from free schools and academies, because they’re starting from a blank slate. But if they aren’t forming partnerships from the start, it’s more challenging.

Damian: There’s a big issue with this in established organisation - innovation is a risk with leg tables and OFSTED inspections. How do you migrate innovation from yet edge to established schools?

Here's the full video of the Livestream:

Today's newsletters look more and more like the early days of blogging - but with one missing ingredient.

A bumper load of interesting reading about engaged journalism and journalism development. Enjoy!

Engaged Reading Digest: walking up the subs hill, radicalization on Reddit and more